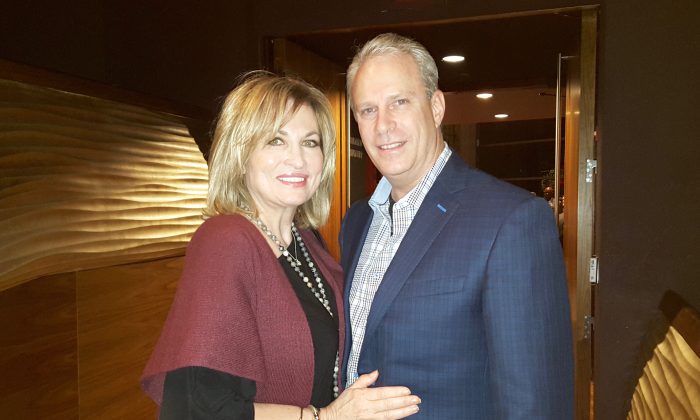 DALLAS—Shauna Ekstrom and Scott Peterson had been to China for their honeymoon. They had traveled to famous sites like the Lama Temple and the Forbidden City. They had learned about martial arts as well as seen elderly people doing exercises in the streets in the evenings. But the two did not gain a true understanding nor appreciation for traditional Chinese culture until they saw Shen Yun Performing Arts at the Winspear Opera House on Jan. 2.

From Shen Yun, the couple and co-founders of Heartfelt Network Marketing, learned more about authentic Chinese culture and traditions in their purest form.

The two also came to understand how the communist regime in mainland China has suppressed traditional Chinese values and culture since coming to power. With movements like the Cultural Revolution, the communist authorities have attempted to obliterate tradition, especially long-standing Chinese values like veneration for the divine, compassion, and self-cultivation.

“This is art; this is beautiful. People should be able to express whatever they feel. If they want to dance, they should be allowed to dance,” said Mr. Peterson in reference to how Shen Yun is banned from performing in China by the regime.

Through the performance, Mr. Peterson saw the hardships some Chinese people face in trying to preserve and revive their culture, and he appreciated Shen Yun for showcasing traditional Chinese culture for audiences worldwide through such a beautiful performance of music and dance.

As a student of Chinese martial arts, he was also fascinated to see elements of martial arts in the classical Chinese dancing. In Chinese culture, dance and martial arts are closely related, and the characters for the two systems are actually homophones in the Chinese language.

Besides the rich culture conveyed within Shen Yun, Mrs. Ekstrom found herself captivated by the multifaceted dance movements. She said, “[Shen Yun] is absolutely gorgeous. It’s the movement—it’s soft and strong at the same time.”

In the Mongolian ethnic dance “Drums of the Grasslands,” for example, the male dancers depict a group of hearty horsemen. While being powerful and masculine on the one hand, the dance is also characterized by billowing arm movements and nimble footwork.

After experiencing the beauty and elegance of Shen Yun, the couple felt invigorated and uplifted. “They all have a youthfulness and gracefulness that is amazing,” Mrs. Ekstrom said. Mr. Peterson added, “I feel vitality and health—that kind of beauty.”