‘There is no comparison’ to Shen Yun, Theatergoer Says 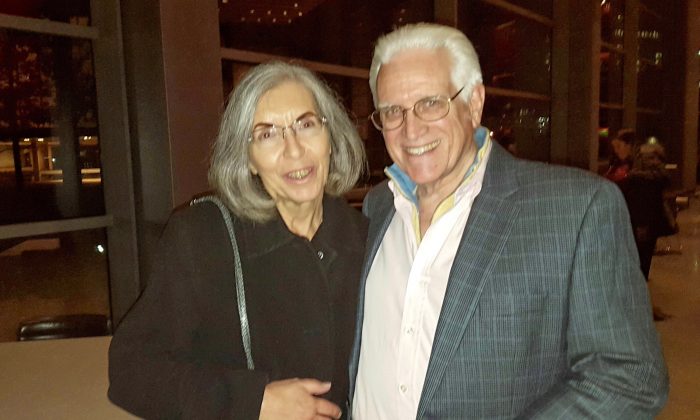 DALLAS—Robert Gump has a saying: it’s not the years in your life, it’s the life in your years. Thus Mr. Gump, owner of an accounting firm serving businesses in the Dallas area for over 25 years, is always looking for new, different, and interesting things to experience.

And through Shen Yun, Mr. Gump experienced 5,000 years of rich, divinely inspired culture in one in one night.

On Jan. 7, he and Linda Perry attended a performance by New York-based Shen Yun at the Winspear Opera House, and it was everything he was looking for.

The two were entertained by every aspect: the vast 5,000 years of Chinese history, costumes of every era, the digital backdrop, the grace and agility of classical Chinese dance. In all, it was a wonderful preservation of the traditional Chinese culture, according to Mr. Gump.

As many audience members learned that night, the traditional Chinese culture presented by Shen Yun has a long and storied history that was nearly wiped out over the course of a decade under atheist communist rule. So Shen Yun’s revival is worth everything, according to Mr. Gump.

He referred to the artists’ biographies in the program and praised Shen Yun’s founder for continuing these almost lost art forms, such as classical Chinese dance, and the high register bel canto vocal technique. If he hadn’t, Mr. Gump said, the culture would have gone away. There would be no one dancing classical Chinese dance.

“You’re getting to experience something that has been created through the ages,” Mr. Gump said. “It’s very informative, very educational, and very uplifting.”