Shen Yun’s Music and Dance Speak to All 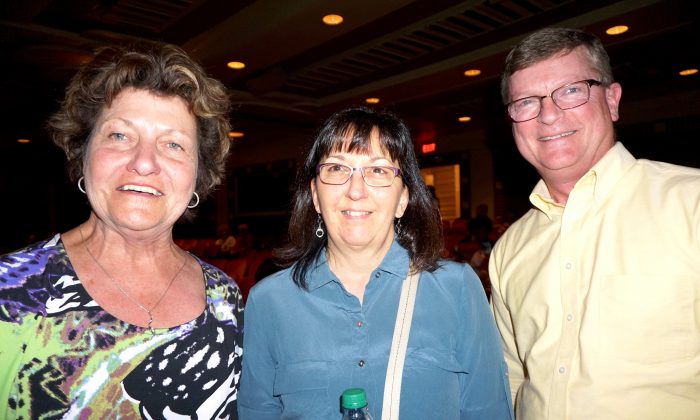 DAVENPORT, Iowa—“It wasn’t just dance; there were stories with the dance,” said Dan Bowerman, lest anyone mistake a performance by Shen Yun Performing Arts for something less than it is.

The stories—culled from classical literature, like that of the beloved Monkey King, from legends, like that of the Creator bringing deities to reincarnate on earth, or from actual history, as an episode from the Cultural Revolution tells—are brought to life on stage though classical Chinese dance.

Church secretary Kathy Bowerman, attending with her husband, enjoyed a folk dance called “Celebrating the Divine.” Set in the Himalayas, Tibetan ladies dance with long white sleeves, symbolizing hospitality to guests and veneration of the heavens.

Her friend, Kate Spangler, a retired teacher who joined the Bowermans, marveled at the “Manchurian Maidens” who managed to elegantly maintain their balance on “flower pot” shoes—shoes with an elevated block in the middle of the sole.

Mr. Bowerman, and editor with the Quad City Times, enjoyed the movement of the props. Whether fans, sleeves, or drums, they helped display the perfect synchronization of the dozens of dancers.

“Music touches everybody and so does dance, and when you put it together it comes across, just part of the human … part of who we are, I think. It speaks to all of us,” she said.

Music and dance transcend specific cultures and yet, ironically, they allow Shen Yun to introduce to the world the authentic, traditional culture of China, going back millennia.

It was a long, unbroken history until the last 65 years or so. In 1949, when the communist regime took power in China, the traditional culture underwent a systematic and steady decline. Even today, faiths that hearken back to traditional ideals—compassion, loyalty, piety—are suppressed.

One of Shen Yun’s dances depicts the persecution of people of faith, and this dance particularly stood out for Mrs. Bowerman.

In “The Steadfast Heart,” a couple happily practice a spiritual meditation discipline. They are interrupted by police who beat the man, imprison and torture him. He is a broken man after the ordeal. But a heavenly scene changes the course of events.

“I thought that was sad, just very sad, that hurts my heart whenever any people are struggling or subjected to that,” Mrs. Bowerman said.

But despite the poignancy of some of the dances, at the end, people are left with a feeling of unity.

“Music, the dance, the movements, I don’t know, it’s a human thing, so it ties everybody together,” Mrs. Bowerman said.