'The beauty, that's why we will be back again' 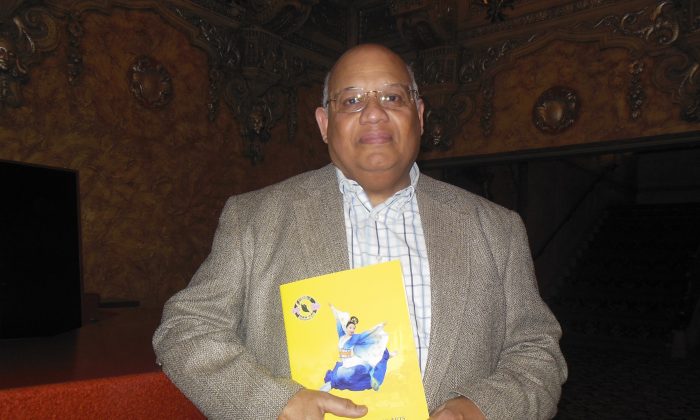 “They told us that each year is not the same. So, the next time when they come again, we will be here to see the next one,” said Saeed Sarwar, a local owner of several Subway restaurants.

Others who saw Shen Yun in Rockford expressed these exact same sentiments. They want Shen Yun to come back so they can see it again!

What was most appealing to Mr. Sarwar was the beauty, history, ancient culture, and family values that Shen Yun had to offer.

Audiences are amazed at the dance skills, the dazzling array of colorful costumes, and the digital backdrops that interact with the dancers.

“I come from an Indian culture background where we have a lot of dances, … so these dancers were very, very enjoyable to me. They were very well choreographed and very colorful, so we just enjoyed ourselves thoroughly,” Mr. Sarwar said.

“Of course, the visual beauty is there but also the motions of the dance, the aesthetic beauty. You can say it was like a divine beauty. It was very smooth; it was not violent, very peaceful, yes, yes,” Mr. Sarwar said.”And the scenery behind [the stage] was tremendous. It was all very peaceful and very lovely.”

Shen Yun was established outside of China in 2006 to restore 5,000 of divinely inspired culture, which was on the brink of extinction in China due to the communist regime.

“It is very enlightening as to what [the] history of China was before and like most cultures, it seems like the good old days were the better days,” said Mr. Sarwar.

Mr. Sarwar experienced strong family values resonating from the Shen Yun performance, which, he said, “are often missing in modern America. Those family values are slowly disappearing,” he said.

What touched Mr. Sarwar’s heart about Shen Yun was the beauty. And, “that’s why we will be back again if it comes to Rockford again next year,” he said.