Shen Yun Touches You on a Very Deep Level

'It's a message that needs to get out' 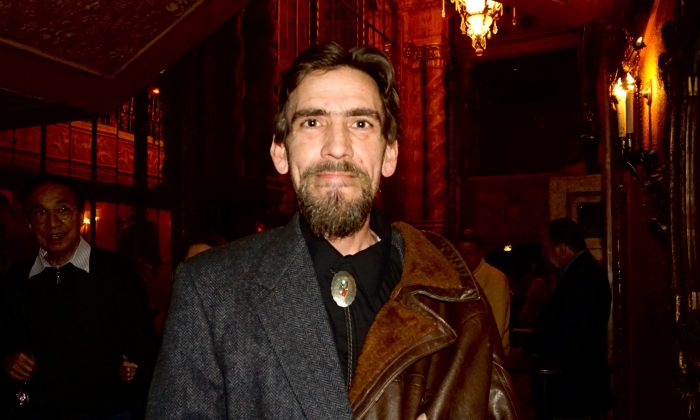 Mr. Mitchell Fisher had a wonderful time at Shen Yun on March 12, and hopes everyone comes to see Shen Yun. (Sally Sun/Epoch Times)

ROCKFORD, Ill.—Raw emotion, amazing, and up-lifting were just some of the words Mitchell Fisher used to describe his feelings after seeing Shen Yun Performing Arts at the Coronado Performing Arts Center on March 12.

“Oh it is beautiful. It is just an amazing feeling. It’s like raw emotion. You can literally tell what is going on even though there’s obviously no words. There’s no words necessary. It’s uplifting,” said Mr. Fisher about the Shen Yun performance.

“I had a wonderful time. I think that everyone should see this,” said Mr. Fisher, a machinist who makes machines for the coal fire industry.

“It’s a message that needs to get out. The thought that a [5,000]-year-old culture can’t be celebrated in it’s own country, and it requires a school on the other side of the earth to keep it alive for future generations is an atrocity, and it brings light to that. And it’s beautiful—it’s absolutely gorgeous. I think everyone should experience it,” he said.

“It touches you on a very deep level. Actually you realize even though there’s oppression in the world, the people still wish to keep their culture and their art and beauty alive. And I guess that part of humanity can’t be suppressed. I think that pretty much comes out in all of these [dances],” Mr. Fisher explained.

Since 1949, the communist regime in China has sought to eliminate nearly all aspects of the country’s ancient customs, traditions, and beliefs, so as to replace them with communist party culture.

“That brings a single tear to my cheek,” Mr. Fisher said, talking about how sad it is that a culture with a history as rich as China’s would require a New York-based dance company to promote its traditional culture. “But at least it’s happening, and it’s out there for everyone to enjoy and they’re keeping it alive for future generations.” he said.

Darcell (Doddie) Saunders of Doddie Delights Hospitality Service and emcee host also attended the matinee performance on March 12. “I like the storytellers. I am very drawn to that. There was actually quite a few parts that I am in love with,” she said. “I love the men [dancers],the colors, and the women [dancers] are beautiful.They are gorgeous,” she said.

Shen Yun uses the expressiveness of classical Chinese dance to tell stories—stories of ancient legends, famous Chinese characters, and past and present history. It is what excited Ms. Saunders and what she felt was the selling part of the show.

“Once again, the storytelling, love it, every piece from the old man to the young lady, because it brings to life the dancing. … The storytelling is like the best,” she said.

Ms. Saunders has a large extended family (64 members) in the area, and she plans to tell them by word of mouth and Facebook to come and experience the performance. “I love telling my family to come and see something that I experience for the first time. So, I would love to have Shen Yun come back,” she said.