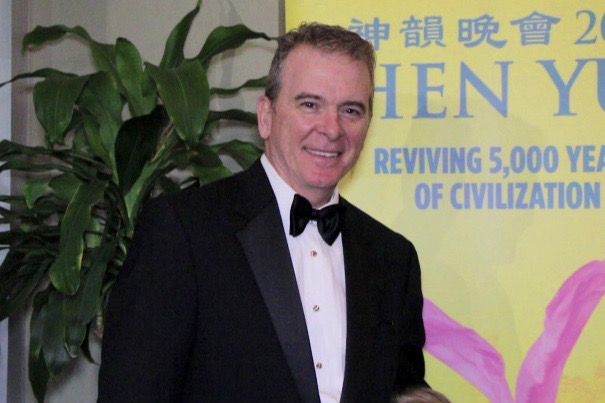 JACKSONVILLE, Fla.—A judge has to be immune to emotional appeals, but when his 6-year-old daughter insisted on seeing Shen Yun, Joey Williams, a Florida trial judge, couldn’t refuse. He surprised her with tickets to the Jan. 16 performance at the University of North Florida Fine Arts Center.

“She is very happy to be here with me, and we’re having a fine time,” he said.

Many theatergoers have commented on how much their children enjoy Shen Yun Performing Arts. The performance satisfies them on many levels: the athleticism of the dancers, striking costumes, state-of-the art digital backdrops, and dramatic story-based dances.

What child wouldn’t be intrigued by the antics of the Monkey King in search of the perfect weapon in “Monkey King and the Dragon Palace,” a piece inspired by the classic Chinese novel “Journey to the West”?

And what little girl wouldn’t be awestruck by the beautiful costumes and gorgeous effects in “Fairies of the Sea”? Fairy maidens, who are said to appear only to the pure of heart, dance with long silk fans that ripple and flow like waves.

For Mr. Williams, it was the cultural treasure that Shen Yun brought to the stage. He appreciated the depth of the Chinese culture and felt that despite living in a technological age, we must not overlook the wisdom of past ages.

“China has such a long substantial culture that has been overlooked, unfortunately. … There’s a lot of history that’s been lost and maybe suppressed, but I think it will still be discovered and it’s probably just begun to get into the treasure box of Chinese culture.”

And that is exactly what Shen Yun aims to do. Formed in 2006 in New York by classical Chinese artists, Shen Yun’s mission is to revive the true culture of China and share it with the world.

Mr. Williams expected Shen Yun would be “a very visual piece of entertainment” and wasn’t disappointed, but he was surprised by the music and wanted to hear more in the second part of the program.

“It’s a very high-quality production music-wise,” he said. The music “matches well with the chorography and all the other aspects of the program.”

The musical pieces are all original, written specifically for the performance. Shen Yun’s orchestra is unique in blending the sounds of East and West, including traditional Chinese instruments in a Western symphony orchestra.

Mr. Williams said he was very entertained by the “high level of artistic creativity, a high level of practice and refinement that is indeed entertaining and inspiring, and that’s the highest art form.”

“I had a great time and look forward to coming again,” he said.