Shen Yun Speaks to the Soul Through Dance 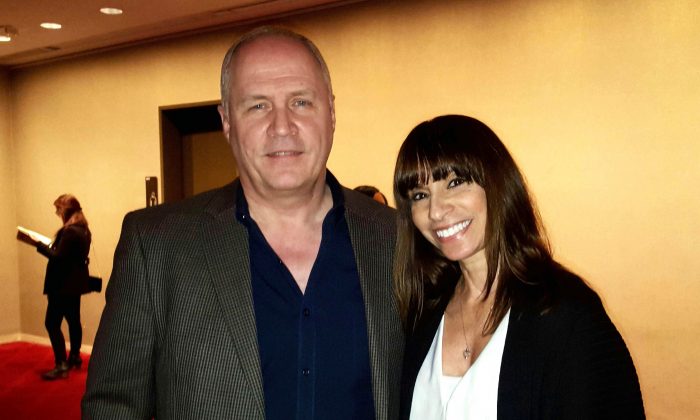 NEW YORK—That a single gesture is the culmination of, and could capture the essence of 5,000 years of culture can be hard to imagine. But for a few hours on Saturday night, that was exactly what Scott Brown felt he was witnessing through Shen Yun Performing Arts.

“It was amazing, the ability to go back into time, and to recapture the essence of the culture, to be able to tell a story in music and dance, without [words]. It was just amazing, it was beautiful, it really was,” he said at Lincoln Center’s David H. Koch theater on March 12. Mr. Brown, a director of operations for a business development firm, attended the performance with Ms. Gail Pauly, a consultant for a cosmetics company.

“One word came to mind: enchanting,” Ms. Pauly said. “There was something just very beautiful and mystical and magical—the whole thing was.”

The two said they felt transported to a different time and place, which is exactly the effect New York-based Shen Yun aims to achieve.

In ancient China, the human and divine realms coexisted, and the culture was said to be divinely imparted. The civilization valued virtues like benevolence, justice, loyalty, wisdom, and reverence for the heavens.

Monks with supernatural abilities, emperors who ruled with virtue, scholars who looked to the heavens, and Taos and Buddhas were prevalent characters in ancient China, and in Shen Yun’s performance.

In order to bring them to life, Shen Yun uses classical Chinese dance, which is an independent dance system that is almost as old as China’s 5,000 years. As the company explains, the form was refined through the ages, soaking up wisdom from each dynasty, developing those specific gestures and postures, the difficult tumbling techniques, and incorporating the bearing of the Chinese people and those storied characters.

There’s an elegance and a grace and a depth to it that you don’t really appreciate until you see it.
— Scott Brown

“There’s an elegance and a grace and a depth to it that you don’t really appreciate until you see it,” Mr. Brown said.

“There’s a cultural richness that I know, personally today in the West, we sort of have lost. But it was very real to me in this, during these past couple of hours,” he added.

There was also at times a sadness, he said, because he knew Shen Yun could not perform in China. Since communism took power in 1949, the people have been cut off from their rich traditional culture. There is sadness in the culture being lost, but hope in the fact that Shen Yun exists, he continued.

“I got the impression that Shen Yun was developed to bring that back, because that was almost extinct. And that was for me, very heartwarming to see that effort made to revive something,” he said. “This is a real passion for them … it’s important to them, and that’s what I got from [the performers].”

Mr. Brown said he was actually very moved at times thinking about “the ability to convey a culture and the importance of the culture” through dance.

There was a part of him, deep, deep inside, that understood it, he said. “Sometimes there are just things that hit your soul, and are very hard to explain. And I think in a lot of ways, I got that.”