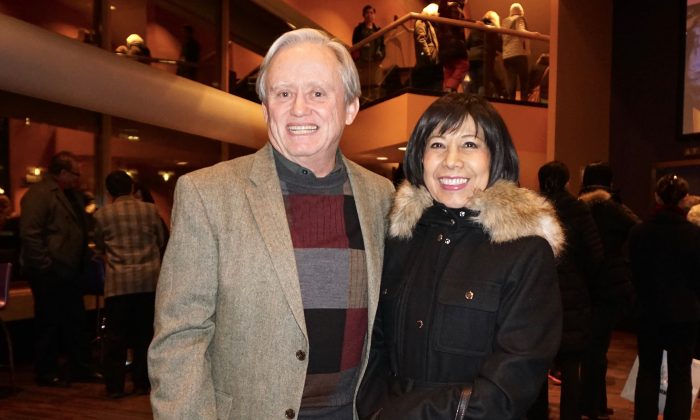 LOUISVILLE, Ky.—For some people, Shen Yun Performing Arts is about values that humanity shares—common core values that are important across cultures.

Dave Langdon thought so. “I’m obviously a Westerner, but I can appreciate the traditional Chinese values that were communicated at the show,” the public information officer for Louisville’s health department said.

“I think sometimes, … with our kind of day to day, you know, professional life, it’s kind of easy to forget about traditional values. One of the things I think this show brought home was that,” he said.

Mr. Langdon’s wife Natasha, who has some Chinese heritage, felt the performance reminded her of the old-fashioned values she cherishes and that made her feel happy.

Presenting traditional values from China’s millennia-long past is just what the classical Chinese dance and music company aims to do.

“I was very impressed, number one with the music,” Mr. Langdon said, mentioning the caliber of the musicians and just the overall blend of the traditional Chinese instruments with the traditional Western orchestra.

Then, “obviously the dancing was incredible—a blend of grace and athleticism,” he said, referring to the classical China dance which tells dramatic and sometimes humorous stories from China’s beginnings on through to the present day.

Long considered the Celestial Kingdom, China of ancient times saw a world in which heaven, earth, and humankind were connected. And life’s journey was about maintaining and cultivating that connection.

As the company’s website explains, New York-based Shen Yun reminds people of this connection and this goal.

The traditional values that Mr. Langdon saw pertained very much to why we are here, in a philosophical sense.

“The overriding [message] is that in some ways, the purpose of life is to find our way home,” he said, after performance at The Kentucky Center for the Performing Arts on Feb. 10.

Jaye Jaye Clay, also seeing the performance in Louisville that night, enjoyed the aesthetic packaging of traditional values as well. Mr. Clay is a quality control engineer for Toyota.

He commented on the superb singing which inspired him and the dances that brought life to stories of China’s past.

“The spirit never dies. The spirit always lives, and it’s happiness. That’s what I get from this—happiness. The bad will stay bad but good will always prevail,” he said, noting the universal message of humankind as heaven bound.