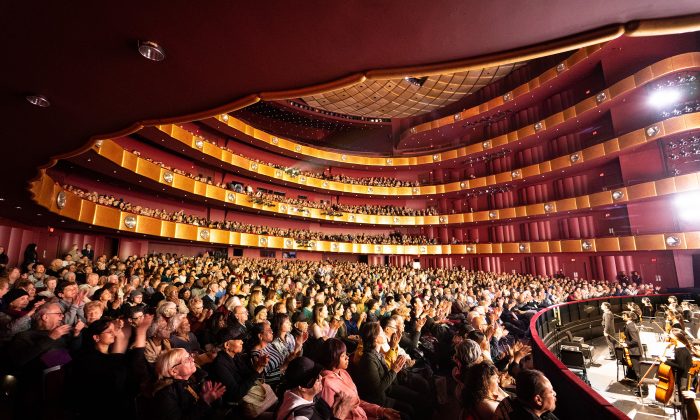 NEW YORK—Shen Yun Performing Arts brings 5,000 years of Chinese civilization to life, but it is more that just history, it is about real human stories that are universal at its core.

“I saw people in pain, I saw people happy, traditions, journeys, and some were searching for their own ways as they were going through life, and finding a partner,” said Beau Hulse, head of a Coldwell Banker realty group that covers parts of the Hamptons.

Hulse and his wife. saw the matinee of New York-based Shen Yun at the David H. Koch Theater on March 13, his birthday.

“I’m certainly happy I made the trip,” he said with a laugh. “[My wife Pat] brought me for the show because I’ve been talking about it so much.”

“It is magnificent. The colors and the dance and the culture is just amazing,” Hulse said.

Shen Yun is the world’s premier classical Chinese dance company and tours over 100 cities around the globe each year, with its mission to revive traditional Chinese culture.

Audience members are usually first in awe of the artistry—the brilliant colors in the unique costumes and the mesmerizing choreography of a millennia-old dance form—and soon find themselves contemplating the profoundness of the art and 5,000 year-culture before them on stage.

Hulse said Shen Yun provided him with an awareness and understanding he had not had before.

For instance, the reason for Shen Yun’s existence, with its mission to revive this traditional culture, is because it has all but been destroyed in modern day China under the communist regime.

As the program’s stories span the length of Chinese culture, there is usually a piece or two set in contemporary China, where audiences get a glimpse of people who try to hold on to that traditional culture today, and what oppositions they might face.

Hulse said the cruelty of the persecution against people of faith by the communist regime was just heartwrenching, but that the awareness was certainly needed.

And the stories Shen Yun told were ultimately stories of hope.

“There are so many ways [to describe it] but I just think that you need to experience all the cultures and if you get out of your comfort zone, and you, like say, take a moment to go and take that journey, I think it’s very good for you spiritually within,” Hulse said.