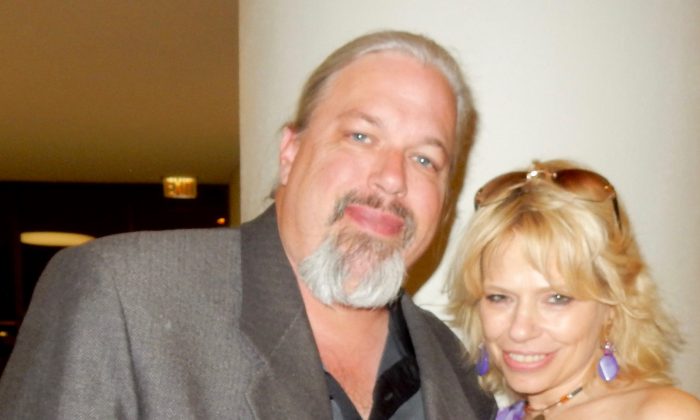 WICHITA, Kan.—Most people love Shen Yun’s spectacular visuals—the colors, the pageantry, the costumes. Richard Cathey did. But for many, like Mr. Cathey, it’s the spirit of the performance that moves them.

“Really the first scene with the Divine Creator really touched me the most, I think,” said Mr. Cathey, president of Eagles Realm Entertainment. He attended the performance at the Century II Performing Arts & Convention Center on May 4.

From the first clarion call of the trumpets, Shen Yun invites its audience to journey back to the birth of one of the world’s oldest extant civilizations: China. Heavenly maidens dance among the clouds, a shining light brings the Creator to Earth, and He in turn calls out to the celestial multitude to join Him, reincarnate, and begin the Divine Land’s history of 5,000 years.

Others in the audience related to this first dance as well: Nancy Brazill, a retired hospice nurse attended with her husband, Rick, a retired fire chief. As a Christian, Mrs. Brazill saw the legend telling a story very familiar to her. The Creator comes and he brings people who had made a vow to come to earth to fulfill a mission, she said, and then they return to heaven upon its completion.

Each of Shen Yun’s subsequent pieces from “Celebrating the Divine,” to “Moment of Salvation,” to “The Steadfast Heart” shows a glimpse of the bond between the heavens and humankind.

“The Steadfast Heart” tells a story from China’s recent past. A man of faith is tortured for his beliefs to the point that his spirit is nearly destroyed, but his faith and that of his wife is never shaken.

“I think that’s true about life,” Mrs. Brazill said. “If you have faith and belief, … He will get us through it. Obviously that couple had an incredible experience where they made it through.”

According to its website, Shen Yun aims to restore the original intention of art. Art once celebrated the divine and nurtured what is true and good. In 2006 artists gathered in New York to bring this traditional purpose, and culture, back to life through the universal languages of music and dance.

“I think it is really important that we have a performance that features the traditional values and the things that might be lost otherwise if they are not preserved and if they are not celebrated.