Shen Yun Is a Message About Hope 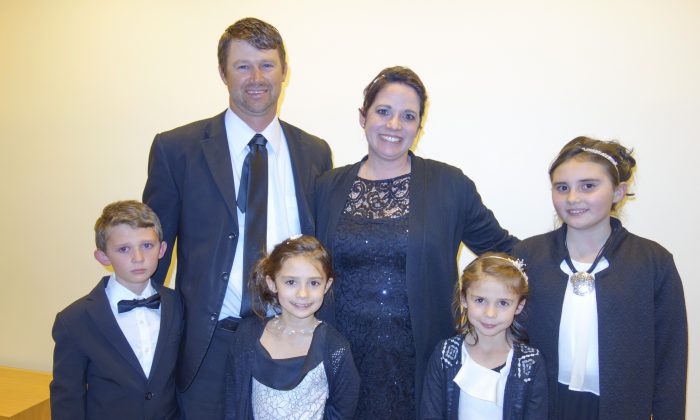 SALT LAKE CITY—Dance is something very close to Charity Huffaker’s heart, so a family outing to see Shen Yun Performing Arts was not something to take lightly.

The evening’s event began in the morning, where everyone got ready, and the girls went out to get their hair done.

“My mom loves it so much she’s treating it like a family prom,” one of the girls added, “because she wanted to show respect to these people who’ve spent us such a long time practicing just to show us the culture of China.”

Mrs. Huffaker, the owner of a family construction business and mother of four, has a degree in dance, and is in the process of getting another degree to pursue dance therapy.

“I love the definition of Shen Yun—my favorite—divine beauty on stage, dancing with your inner beauty. That’s what I believe about dance, so I loved it,” Mrs. Huffaker said.

New York-based Shen Yun is the world’s foremost classical Chinese dance company, and named for its mission to revive 5,000 years of Chinese civilization, said to be divinely inspired.

As the emcees explain, “shen” means divine, and “yun” is something like the dancer’s inner world, or the feeling behind a movement. So, Shen Yun translates roughly as the beauty of divine beings dancing.

Mrs. Huffaker said she absolutely felt that. She felt the divinity of the art form, and a spiritual messaging in the culture.

“I loved all of that, beautiful,” she said. Some of it was subtle, coming through in the beauty of the fairy costumes or the gentle movements of the ladies of the Tang Dynasty. And sometimes it was in the narrative of the story-based dances they saw.

Mrs. Huffaker said this was emphasized in many of the stories where they witnessed miracles.

“I loved that there were so many miracles in the stories, it’s beautiful, it means all that good message of hope: that there’s always help from the divine no matter how oppressive the world becomes,” she said.

Emi, who is in 5th grade, said she looked over during one of the dances and saw her mother had teared up, emotional because of the power of a miracle in one of the stories. Emi also felt personally that this was a powerful performance.

“Something that I was able to learn from that was that words and dancing are one of the most powerful things in the world, like dance you can show your emotions you can send messages, and speech is also very powerful with your word choice and everything that you say,” she said. “So that’s why I love this show, because it brings words and dance together to create a very powerful message for everybody.”

Mr. Kevan Huffaker thought hope was a major theme in the performance, and all of it was brought together in the end.

“There was a different story within [each] dance that you had to figure out; some of it’s blatant and it’s told before the dance, but some of it you have to figure out and I like to see that unfold before your eyes, it’s a lot of fun,” Mr. Huffaker said.

Then in the finale, he was hit with a reminder.

“I really liked how it left you with a good spiritual feeling at the end,” he said. “It kind of took you on a big roller-coaster ride and then the finale was like, hey—this is life.”

“That just reminded me of my belief, my spiritual beliefs, and it just made those convictions even stronger,” Mr. Huffaker said. And that conviction was “definitely hope. Hope for me, hope for my children, hope for our future.”

With reporting by Lily Yu.