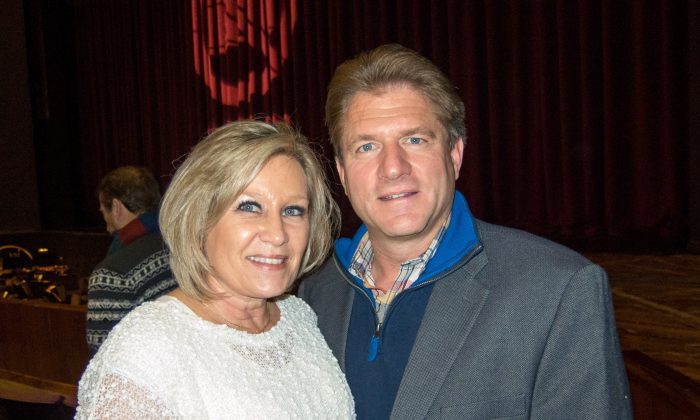 OGDEN, Utah—People need to take a stand for what they believe in—spiritually, said Brent Keller. “You have to stand up, and you have to believe and show that,” he said after watching Shen Yun Performing Arts World company.

Each year Shen Yun travels the world doing just that—sharing the beliefs and wisdom accrued through 5,000 years of Chinese civilization.

Shen Yun formed to revive the essence of Chinese culture, which traditionally had been considered divinely inspired. However, this culture has been suppressed and nearly destroyed by years under the Chinese Communist Party—a regime that is officially atheist.

In 2006 Shen Yun found a home in New York, where the company enjoys the freedom to share its beliefs, and it has been taking a stand ever since.

Mr. Keller, CEO of Amara Development Co., has managed major residential projects all over the United States and commercial projects for the LDS Church. He saw the performance at Val A. Browning Center, the day after Christmas, with his wife Anne.

The Kellers are Mormons, Mr. Keller explained, and they appreciated the spirituality in Shen Yun’s presentation.

“Maybe we all have different gods that we believe in, but we believe there is a divine entity”, Mrs. Keller said.

In particular, Mr. Keller felt deeply moved by the lyrics of the last song, “The Message You’ve Awaited,” sung by soprano Min Jiang. He felt that message was especially timely today.

“Shen Yun is a very timely cultural piece, I think, to help people … So much of what you can share from the Chinese culture is applicable to what we need to be doing,” he said.

Over the years, Shen Yun song lyrics have spoken of traditional spiritual ideas—that we need to keep heaven in mind as we lead our lives, that fame and fortune are ultimately empty, that we must discern between good and evil, that truth is the key to life.

“The world needs that,” he said.