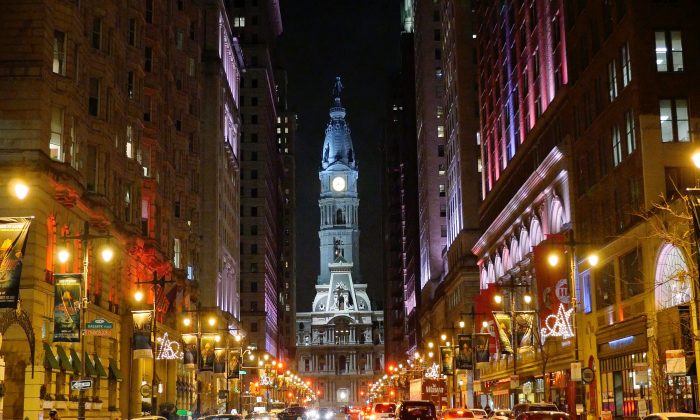 PHILADELPHIA—A culture of intricate beauty, tradition, unity, and restraint—that’s what the Allen family saw in Shen Yun Performing Arts at the matinee performance on Jan. 9 at the Academy of Music.

Paul Allen, executive vice president of Olson Research Group, said Shen Yun gave audiences “beautiful insight into the culture and the dance of China,” traditions that many people do not know about and appreciate enough, he said.

His wife, Sandra Allen, a writer and a housewife, agreed. “Each dance was a little vignette into the culture.”

A Shen Yun performance of classical Chinese dance and music includes an eclectic combination of different pieces, from depictions of ancient legends to ethnic groups to imperial courts to heavenly realms. All of these offer a glimpse into a different parts of China’s rich cultural heritage.

The Allen family decided to attend Shen Yun as a family treat and also because their son, Graham, has been studying Mandarin Chinese for the past six years.

Graham, a mechanical engineering student, loved the performance, lauding it as “absolutely incredible.” In particular, he noted the unity and harmony of the performers on stage, which reflected the emphasis of Chinese culture on the community rather than the individual.

Of course a performer might do a flip by himself every now and then, he said, or perform a duet, but it was the cohesiveness and harmony of the artists all working together that made Shen Yun amazing. “There’s beauty in particularity, but also in the unity of the dancers,” he said.

His mother also admired the restraint of the performers, which echoed the introspective and meditative nature of traditional Chinese culture in general. The Chinese people were traditionally a very spiritual people, venerating the divine and drawing on the disciplines of Confucianism, Buddhism, and Daoism, all of which contributed to the self-restraint and discipline of the Chinese people.

Within Shen Yun, all the performers demonstrate this restraint and control of their art.

The multi-layers of the floral representation.
— Sandra Allen

With an eye for intricacies, Mrs. Allen pointed out how the many details of the performance all worked together to give audiences a rich and multifaceted glimpse into China’s culture and traditions. “The multi-layers of the floral representation, the allusions to some of the food and the harvest, and the poetry—just how they intermingled those disparate things was amazing,” she said.

“All the movements had a meaning to them. It was very thoughtful,” Mrs. Allen added.

With movements like the Cultural Revolution, the Chinese regime has attempted to stifle traditional Chinese culture and ancient spiritual beliefs. Now, Shen Yun is breathing new life into this grand heritage.

“It was phenomenal,” Mrs. Allen said. “We’d like to come again next year.”

Awed by the beauty of the performance, Mr. Allen described Shen Yun as “phenomenal. Absolutely phenomenal.”

“It’s just a feast for the eyes and the ears,” he said. Thoroughly captivated by the performance, he eagerly called a friend living in Fort Lauderdale to attend Shen Yun as well, since one of Shen Yun’s four touring companies is currently performing in that city. “You have to absolutely see this,” he told his friend.