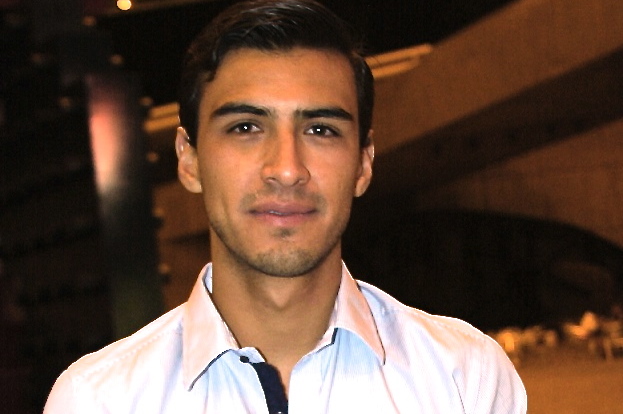 “The whole show, all story lines, all the songs and dances, leaves you shocked and with a joy that cannot be explained,” he said after seeing the New York-based company on May 8 at Auditorio Nacional.

Mr. Alanis, who began playing soccer professionally in 2009 and played for Mexico’s national team in 2011 and 2012, said he could draw connections between the athleticism of sports players and the intensity of the dancers in Shen Yun.

“I consider them as elite athletes because of the concentration they have to perform each dance, for all exercises they need to do, the physical capability they have, the flexibility, the way they endure, the jumps, turns—everything really,” he said.

The heart of a Shen Yun performance is classical Chinese dance, an art form thousands of years old that has become richer with each passing era and dynasty.

Along with training in both physical expression and specific postures, classical Chinese dance includes learning combinations of leaps, turns, flips, spins, and other aerial and tumbling techniques, according to Shen Yun’s website. “It is a vast and independent system of dance,” the website states.

Further, the dance is incredibly expressive, “such that the personalities and feelings of characters can be portrayed with unparalleled clarity.

“It is therefore capable of depicting scenes from any time period, whether ancient or modern, Eastern or Western, in a strikingly vivid way.”

Mr. Alanis had a message for anyone who hasn’t seen Shen Yun.

“Come to see it,” he said. “However anyone describes it, it won’t be the same.”