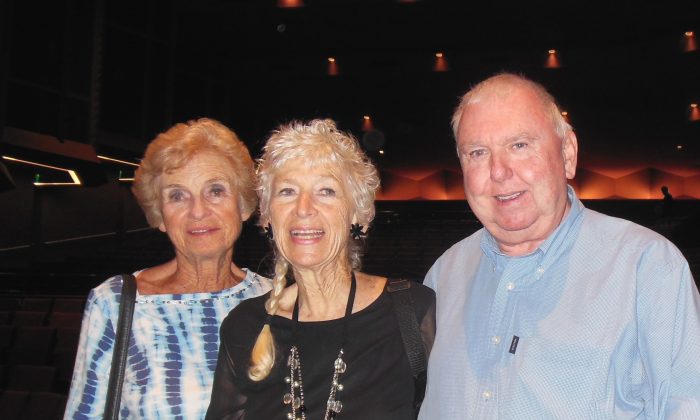 In the audience on Oct. 27 at the Sarasota performance of the orchestra was Eugene Dolan, a local DJ.

The first thing about the Shen Yun Orchestra that caught Mr. Dolan’s eye was the size of the orchestra.

“Then,” he said, “these instruments—these Chinese instruments really change a lot of the flavor and sound, and this was a great program.”

An important goal of the Shen Yun Symphony Orchestra, according to the company’s website, “is restoring the glorious heritage of ancient Chinese melodies, blazing a brand-new path in the world of classical music.”

Shen Yun seeks to rectify this one-of-a-kind culture through the glorious stage of the arts.

“Oh the mix,” added Mr. Dolan, referring to the blend of Western orchestration with Chinese melodies and instrumentation. “The selections were just perfect.”

Upon parting from the Van Wezel, Mr. Dolan had a message for the performers: “Congratulations, and thank you for a great performance tonight,” he said. “The program was perfect. Perfect.”Reporting by Sherry Dong