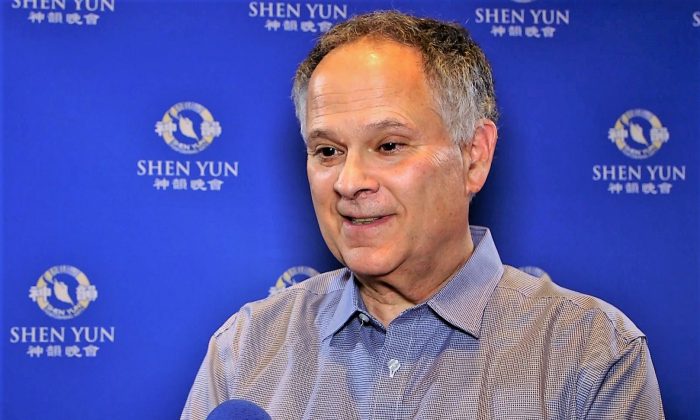 “The feeling of these people standing up for their culture, for the freedom to perform, it’s unbelievable. Freedom to express their culture—we as Americans must stand behind that and support that.”

“We see the teamwork, the choreography that goes into it, the way the people are working with each other to try to create something greater than any of them could do by themselves, and by committing themselves to their culture and tradition, and even when they wear the modern uniforms, the costumes, and are posed in the contemporary city, you see how the traditional values come out in the modern day environment—to bring it to life all over again.”

“Young people need to understand the evils of communism and socialism, and need to understand that people in other parts of the world are made to suffer because they want to express their religion, not everybody has the freedom that we have in the United States of America. … I’m Jewish, so if more people had been informed of the horrors of the holocaust earlier on in 1939, 1940, think of the Jewish lives we might’ve saved, and by this kind of education going on, perhaps the persecuted people in China, perhaps they could be saved too.”

“It’s a terrific show. People should come see the show.”