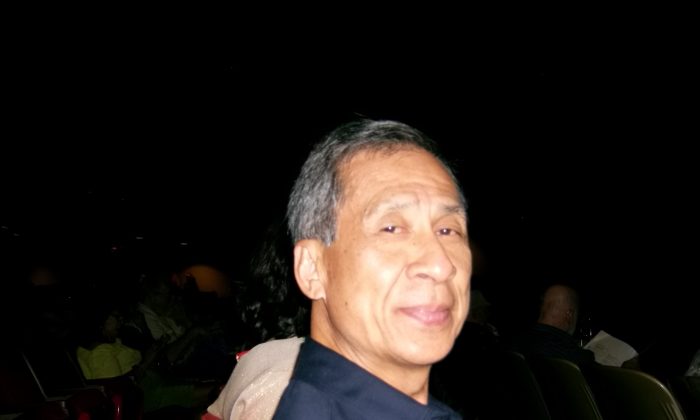 Mr. Moy is the owner of Van Moy & Associates, an international manufacturers’ representative firm for high-end contract and hospitality furniture. According to Mr. Moy, he was born in China, but grew up in Chicago. He later moved to Hawaii, and started the firm 26 years ago.

At the core of a Shen Yun performance is classical Chinese dance, which is “one of the most rigorous and expressive art forms in the world,” the website explains.

Mr. Moy was impressed by the Shen Yun dancers. “I notice that everybody is young. And so for the young age, I think they’ve done very, very well,” he said. “They’re exceptional dancers. Even the choreography, it’s not too heavy. Very, very well done.”

Mr. Moy was also delighted by the state-of-the-art digital backdrop that interacts with the dancers to create a full theatrical effect. “You know another thing I noticed was how they did that artwork in the background. It was just blended in very well. And the timing was impeccable.”