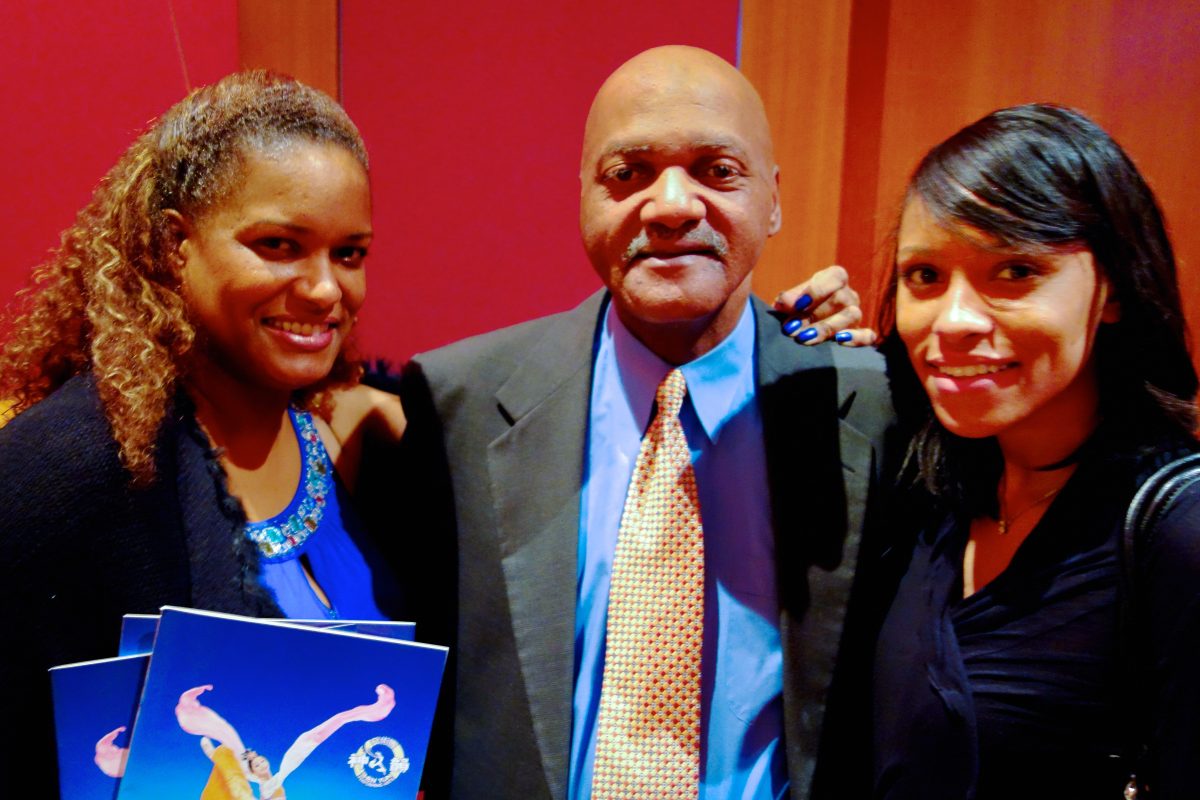 Family Blown Away by Shen Yun

“Amazing, amazing, amazing. Out in the audience, wow, it is amazing,” said law student Karen Bryson about the New York-based Shen Yun dancers.

Jackie Edwards, who is a program specialist with the federal government, shared the same sentiments.

“I love the colors. The colors are so pretty, and again the costumes they grab your attention,” Miss Bryson said.

Hugh Edwards, a broker investor for a bank, had spent a lot of time in China, especially Hong Kong and Beijing, he said.

For him, his experiences there allowed him to see the authenticity of the Shen Yun production. He felt some of the backdrops depicting Chinese scenery looked like the beautiful spots he had visited.

He said he was amazed with the hi-tech digital backdrop scenes projected onto a big screen. Each scene was synchronized to perfectly match a dancer’s movements, and the music played by the Shen Yun Orchestra tied the whole sequence together.

“That is amazing, just the timing itself. It is real nice,” Mr. Edwards said. “Then the arts themselves [have] always been a balanced kind of art anyway… You can feel it and be a part of it as well as experiencing it.”

The animated backdrops delighted him. “That surprised me,” he said.

Mrs. Edwards had never experienced the digital animation projection onstage before. “That is so unique,” she said.

She said she  also had to remind herself she was listening to a full orchestra.

“It was like it was pre-recorded. I had to remind myself they were actually playing that [live]. They are awesome.”

The Shen Yun Orchestra combines the spirit, beauty, and distinctiveness of Chinese music with the precision, power, and grandeur of the Western symphony orchestra. The result—two great traditions producing one refreshing sound.