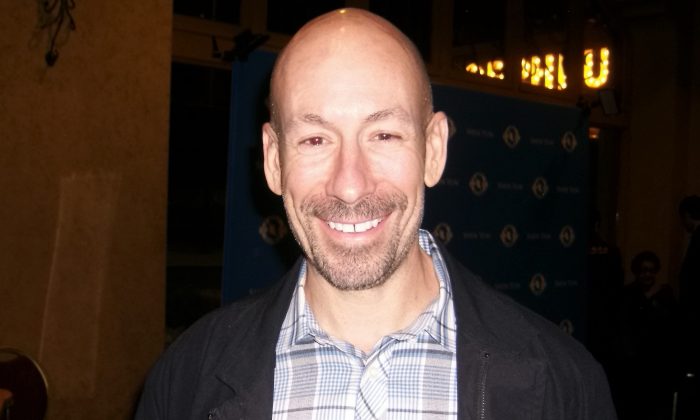 PHOENIX, Ariz.—Joe Polish, founder and president of Piranha Marketing Inc., was amazed by Shen Yun’s evening performance at the Orpheum Theatre in Phoenix, Ariz., on Feb. 24, 2018.

“The show was amazing. This is the second time that I’ve seen it,” Mr. Polish said.

In ancient Chinese culture, people believed that they were to live in harmony with nature, the divine, and one another. This spiritual connection is also important to Mr. Polish.

“Whatever someone practices that allows them to connect with whatever they want to call it—God, the divine energy—peace is important. People may just think they are coming to a show, but there is something much deeper behind it,” he said.

That “something much deeper” is the spiritual essence, beliefs, and values of traditional Chinese culture, which has been all but wiped out after 60 years of communist rule.

“Shen Yun Performing Arts is the world’s premier classical Chinese dance and music company,” the company’s website says. “Shen Yun was established in 2006 in New York by a group of elite Chinese artists. They came together with a shared vision and passion—to revive the lost world of traditional Chinese culture and share it with everyone.”

Over the last year, Mr. Polish has gained a new understanding about the importance of Shen Yun’s mission.

“I came knowing a little more about what’s happening in China [the persecution of Falun Dafa]. I’ve actually interviewed one of the women who has been persecuted and was in prison in China for over three years. I think that the more someone knows about the background, the better. Again I’m just learning. There is a lot for me to learn.”

Mr. Polish is passionate about giving back and helping others. To this end, he founded Artists for Addicts. The concept he embraces is evident in the tagline of the group: “Art as a Force for Good.”

“I work a lot in the field of addiction and recovery … to reduce human suffering. [The world] needs people like [the artists in] this show to get awareness out … because most people have no idea [the persecution] is going on.”

“I think [the dancing] is quite amazing,” Mr. Polish said. “It’s awesome. It makes me want to go out and learn how to dance. I liked the spinning handkerchiefs [the folk dance ‘Soaring Handkerchiefs’). I thought it was unbelievable.”

“From the talent, the music, to the dancers, it’s an amazing show.”