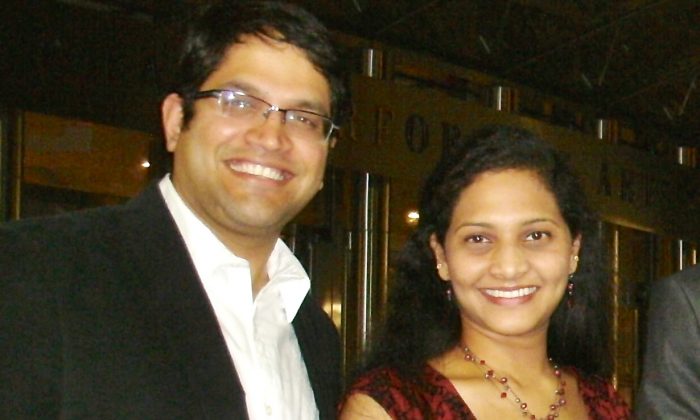 CHARLOTTE, N.C.—Pallavi Madabushi teaches classical Indian dance in her studio in Charlotte, N.C. On May 3, 2015, she and around 20 of her young students attended the Shen Yun performance at the Belk Theater at Blumenthal Performing Arts Center.

“It was just awesome to look at because the minute stuff is so important, like the backdrop changing, or … the timing when they land, when they have to change. Everything was awesome, we just thoroughly enjoyed it,” she said.

Being a dancer herself, she paid attention to the details of the Shen Yun performance and understood the effort required of the performers.

“We have performed many times. We do Indian classical dance, so we do have some settings, and all these changes, so, with the music, everything is so important to go on-time. It was like, just perfect. It was flawless. Just flawless,” she said.

Classical Chinese dance is the cornerstone of the Shen Yun performance. Through the various movements and techniques which are refined through training, the dancers can portray any meaning and tell stories through their expressive movements.

Along with ballet, Chinese classical dance is among the most comprehensive dance systems in the world.

Ms. Madabushi said everything came together during Shen Yun’s performance, like the music, songs, stories and even the touch of comedy in some of the pieces to help the audience better receive them.

In talking about the spirituality in one of the pieces, The Divine Renaissance Begins, Ms. Madabushi saw some similarities with her Indian culture.

Ms. Madabushi said she was conducting her class in her studio when someone dropped off some Shen Yun flyers. She distributed the flyers to her students and made sure they would come to watch the performance.

She said she wants to talk to them more tomorrow about what they thought of the performance. If the impressions from Ms. Madabushi are any indication, her students also thoroughly enjoyed the show and came away with a deeper understanding of classical Chinese dance.

‘Have to See It to Believe How Great It Was’

Victor Morris, a vice-president and general manager of a large company in Charlotte, N.C., and his wife Amelia, who works for the Charlotte YMCA organization, both saw Shen Yun for the first time at Belk Theater at Blumenthal Performing Arts Center.

They both enjoyed the performance.

“[It was] very entertaining, very artistic. The outfits that the dancers are wearing for the time periods are just so original and so bright and colorful,” said Mr. Morris.

Mrs. Morris said, “I think it is great, we enjoyed it very much.”

Mr. Morris especially liked the piece The Fable of the Magic Brush, and how the digital animated backdrop interacted with the characters.

“Very much, well, just the whole thing, the whole show has been terrific,” he said.

They said that the performance probably even exceeded their expectations.

Asked how they would describe the show to friends, Mr. Morris said, “they will have to see it to believe how great it was.”