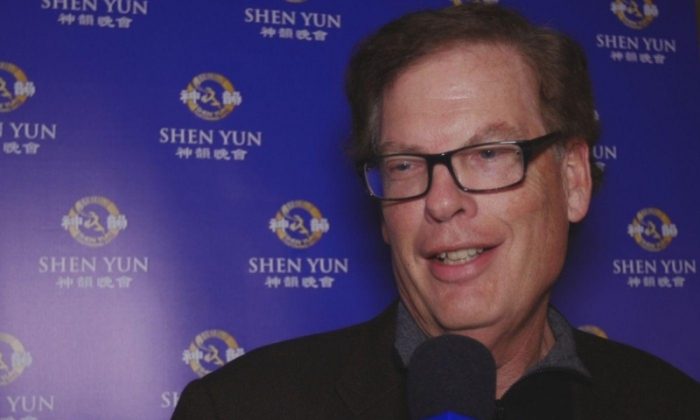 Mr. Cavey is the CEO and director of a company that builds and installs equipment for movie theaters around the world.

He appreciated the insight into Chinese culture. “I just really enjoy the stories and the history of China,” he said. “I’ve learned much tonight.”

New York based Shen Yun brings five millennia of Chinese culture to life on stage through music and dance. Shen Yun has classical Chinese dance at its heart but also features folk and ethnic dance along with story-based dances.

The Shen Yun website states, “Shen Yun’s mini-drama pieces draw upon stories and legends that span China’s history from the Yellow Emperor and through the Tang and Song dynasties and all the way to the modern day.”

He continued, “I really enjoyed the various parts of history, from parts of the country like Mongolia, and the relationships of the Great Wall, and all those wonderful things that they have in China.”

The stories are fantastic.
— Gary Cavey
Mr. Cavey was touched by many of the performances. He said, “I think what touches my heart is the kind people, … and what I see here on the stage.”

“The scenery, the dancing, the beautiful music, the stories are fantastic,” he added.