Why the Energy of Shen Yun Sticks With You 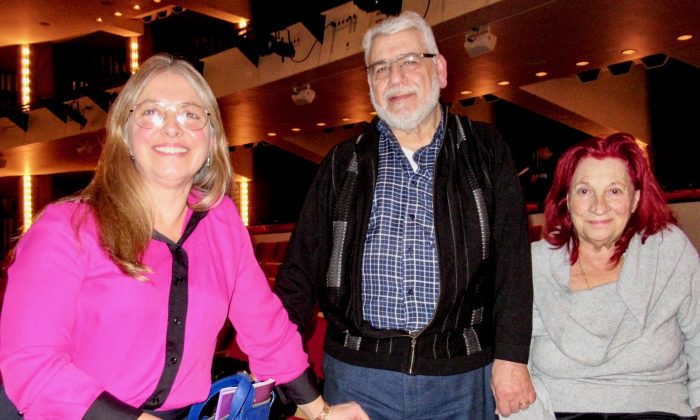 OTTAWA, Canada—Michelle Reis-Amores is the executive director of a spiritual retreat centre whose mission is to help nurture people’s personal and spiritual growth.

When she saw Shen Yun Performing Arts on Dec. 27, she was surprised to be uplifted by a performance that showed such an outpouring of spirituality through art.

“China is, all my life, a mystery. You don’t know much about it,” Reis-Amores said. But at the National Arts Centre that night, Shen Yun was opening that world up.

New York-based Shen Yun was formed in 2006 by award-winning artists, originally from China, with a mission to revive traditional Chinese culture through music and dance, and share it with the world.

Reis-Amores and her family left the theatre energized, with their spirits high; much of the audience in Ottawa, Canada was the same. The opening night performance had been sold out, and curtain call was rewarded with a standing ovation.

“It’s beautiful, it’s very uplifting,” Reis-Amores said. “The colors, the way that the dancers are so engaged, so professional, it’s just very beautiful.”

With vivid costumes and a digital backdrop with state-of-the-art imaging, Shen Yun uses classical Chinese dance and live, original music to take audience through a 5,000-year journey with stops in Mongolia, in a Tang Dynasty palace, to storied temples, celestial palaces, and to dance with fairies in the sky.

It shows a China that was once lost—nearly destroyed under the current communist regime with its Cultural Revolution in the 1960s—but which is now being rediscovered.

“The modern world … tends to see people of Chinese origin as very logical and very productive, but that they actually lack the spiritual side. And I see that maybe that’s not the case at all. It has a long tradition of spirituality,” Reis-Amores said.

And from this performance, Reis-Amores felt an energy that uplifted her.

“I got that energy, and then the message of doing good and also that we are all spiritual and divine beings,” Reis-Amores said.

Traditional Chinese culture valued principles like respect for the heavens, benevolence, wisdom, and propriety, and people held beliefs such as good begetting good and evil begetting evil, so it is no wonder that Reis-Amores saw these themes in the dances, stories, and songs.

“The message ‘to be good’ was throughout the show,” she said, describing some of the story-based dances. “It’s just a very simple little story, but in that story there’s a message of not to be impetuous, and to actually be very, very good.”

This energy and eye-opening experience wasn’t one she would easily forget.

“It’s staying with me and it’s uplifting,” Reis-Amores said.

With reporting by Sun Ping and Catherine Yang.