TV Show Host: Shen Yun ‘Delights All of Our Senses’ 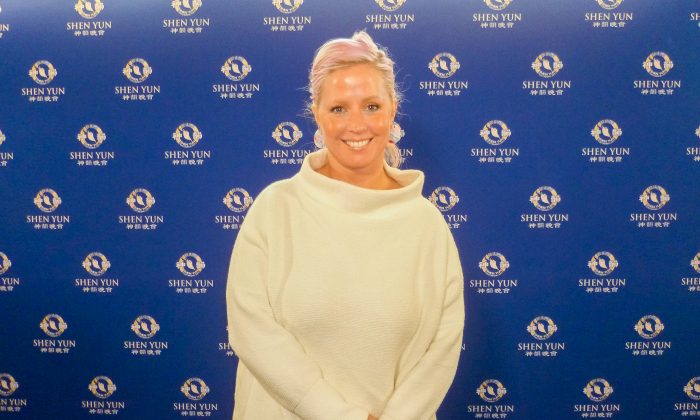 “I am blown away. I am excited. I am inspired,” said Pratt, who saw the performance March 31, 2019 at the Four Seasons Centre for the Performing Arts.

“It’s exhilarating. It feels like a magical land … all the glittery, magical elements really speak to my soul,” she said.

Host of the HGTV Canada show “Buy IT, Fix IT, Sell IT,” Pratt’s home transformations have also been featured on multiple seasons of the TV series “Home to Win.” She is also author of “This Can Be Beautiful,” a book featuring DIY projects for styling and redesigning one’s home.

“I think the world needs more color, needs more inspiration, needs to be wowed in a whole new way. So I think that that’s part of why [Shen Yun] is so important. It delights all of our senses and it smacks us in the face with color therapy,” she said.

The world’s premier classical Chinese dance and music company, Shen Yun has been touring the globe, inspiring millions of audience members with its mission to revive traditional Chinese culture.

Pratt said she was amazed by Shen Yun’s ability to resonate with people.

Shen Yun also features a unique orchestra that blends traditional Chinese melodies with Western orchestra. Pratt said she was fascinated both by watching and listening to the orchestra.

“I’m actually sitting so close to the orchestra that I get to see all the instruments and I get to watch the conductor work with the musicians. And that in and of itself is an art form,” she said.

She said she would encourage her fellow designers to go watch the performance. “Go. Get yourself there. Be inspired, because we all need to have this experience with our eyes and our ears.”