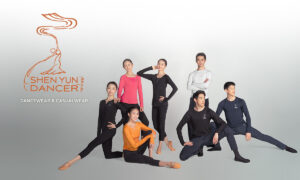 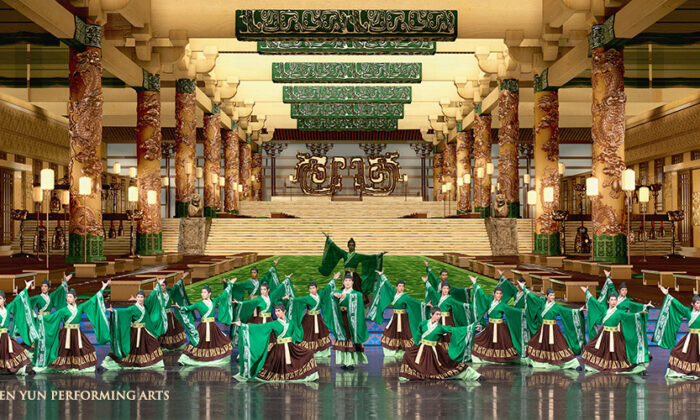 Shen Yun: The Show the Chinese Communist Party Doesn’t Want You to See

There’s little that scares the Chinese Communist Party (CCP) more than the growing popularity of traditional culture—embodied in the brilliant sights and sounds of Shen Yun Performing Arts.

It makes sense. New York-based Shen Yun’s mission is to revive 5,000 years of Chinese civilization, an ancient culture centered around harmony between heaven, earth, and humankind—a culture said to be passed down from the divine. This is everything the CCP has been working to destroy since the Party’s inception.

As such, the CCP has done everything from slashing Shen Yun’s tour bus tires to hiring hordes of internet trolls to skew perception of the company on social media, to having Chinese consulates write letters to local officials saying that their letting Shen Yun perform in their areas would damage relations with China, to calling up theaters themselves (or through hired proxies) to demand Shen Yun be canceled. The interference goes back over a decade and has been well documented, and actually often backfires.

These measures may sound extreme, because Shen Yun is not even a political show. It’s a performance of classical Chinese dance, of ethnic and folk dances from China’s 50-some minority groups, of bel canto solos, and of an orchestra blending Eastern and Western traditions. And audiences step out of the theater aglow, uplifted by the performance, and happy to have learned the truth about the authentic culture of China, something little known in the West precisely because the Party has tried to erase it.

The CCP is afraid because Shen Yun shows China before communism.

What Is Traditional Culture?

One of the methods the CCP has used in trying to discredit Shen Yun is to create its own performing arts troupes, sending them all around the world.

“They created all these companies … that they sent to the US. Now, have you heard of any of these?” Madsen said. “No, because they weren’t very good. Why? Because no one wants to see communist propaganda.” In more recent years, the Party’s method has evolved, and they talk often of promoting “traditional culture” and having major arts organizations emphasize “classical” dance in ways that turn out to be just lip service.

“When they do talk about traditional Chinese culture, they use it to try to promote communism. I mean here, we see right through it, like ‘this is propaganda, and nobody wants to watch this,'” Madsen said.

It’s worth understanding that all major organizations in China are state-run. Huang Peng, a violinist and vocalist with Shen Yun, explained how being an artist in China and in America has been like night and day.

Huang once had a prestigious career as a violinist. He studied the instrument under his father from childhood and successfully auditioned into a well-known philharmonic orchestra.

But then in 1999, the CCP began a persecutory campaign against Falun Gong, with official orders to ruin the livelihoods and reputations of those who would not give it up. Peng was one of an estimated 100 million people in China who followed this spiritual practice that teaches truthfulness, compassion, and tolerance. He was also one of several million who would not give up his faith, and he tried to tell his colleagues and those around him about the truth of Falun Gong: that it is good, teaches people to be kind, and that the CCP was circulating blatantly false and slanderous information about the practice.

Huang was telling his fellow musicians about Falun Gong one day when a supervisor reported him to the police, who then ransacked his home and detained him for 24 hours where they kept him awake. Meanwhile, they also illegally arrested his mother for no reason other than to coerce him into writing and signing a testimony not only stating he would give up his faith, but denigrating it as well.

Huang refused, and he was fired.

His first thought was to seek work in another city, with a fresh start, but at the airport he learned that he had been blacklisted and was once again detained. Except for this time, Huang was put in a “transformation class,” shorthand for brainwashing, and he didn’t see the outside world for the next two months.

Much has been documented about the CCP’s brutal torture and organ harvesting of groups of its own citizens, like spiritual believers of Falun Gong. But Huang’s torture was mental; he was put under 24-hour surveillance, made to watch brainwashing films, and threatened in myriad ways. Under intense pressure, he signed the testimony. “After returning home, it felt like there was a knife in my heart,” Huang said. He did what he most wanted not to do, and the mental persecution had stolen his integrity.

He spent the next few years constantly on the run. Not letting his regret weigh him down, he taught himself how to make and produce fliers that had information about the truth of Falun Gong, and taught others how to do the same, putting himself at risk for another illegal arrest. Huang had to give up his art, and it devastated him and his father both, but his faith was more important.

Then in 2008 he heard about Shen Yun, and in 2014 he was able to leave the country and successfully auditioned to be a part of the performing arts company he had looked up to.

“In mainland China, the state won’t allow people who practice Falun Gong to perform on stage. But here, we have freedom of belief. I think this is so important, as an artist,” he said.

But why Shen Yun?

“Shen Yun’s mission is to revive China’s 5,000 years of traditional culture,” he said. “It is a divinely inspired culture and a divine message. And it is a message of kindness, which can move people’s hearts.”

The Truth Wins Out

Shen Yun was formed by a group of artists—some who left China, some who came by way of other parts of the world—who came together in New York in order to do what they couldn’t in their home country.

And despite the CCP’s long arm of influence, despite its making use of the entire state apparatus to discredit the company, Shen Yun has become a worldwide phenomenon.

“I remember there was one night, I believe in 2009, when we had three companies, and I got a phone call,” Madsen said. “All three shows were sold out. That was the point. From that moment forward, we usually sold out every show.”

Today, Shen Yun has seven companies that simultaneously tour the world, giving hundreds of performances in over 100 cities globally. It’s the only performing arts group of its kind, dedicated not just to preserving but also to reviving traditional Chinese culture. Audience members often express intrigue, piqued by the many rave reviews, and want to see what the “world’s premier classical Chinese dance company” looks like in action.

Audiences leave having all expectations filled and more, because Shen Yun is unique among performing arts companies as well, choreographing over a dozen new dances every season with a full-scale production that rivals top opera houses’ most lavish pieces.

“The production value is incredibly high,” Madsen said. “That alone, this is a show you can really get immersed in.”

But while the one-of-a-kind costumes, and orchestra, and digital backdrops dazzle, he thinks there is something deeper that the audiences leave with.

“It really goes beyond a cultural show. It’s these deep values and deep principles,” he said.