'Those things are carried on from generation to generation' 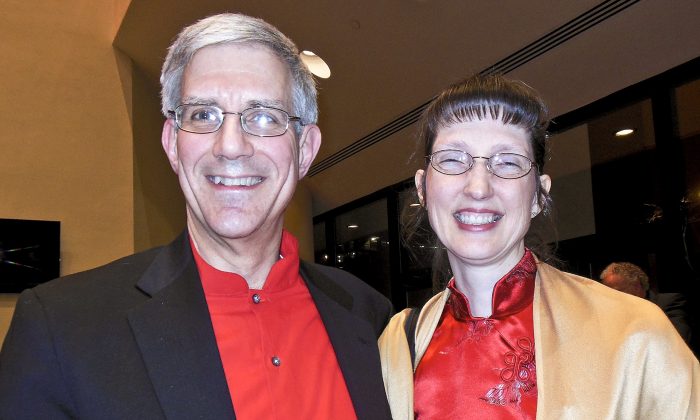 DES MOINES, Iowa—Theologian Jeff Siegel felt blessed that he could see Shen Yun Performing Arts because the company can’t be seen in China. China’s  ancient and spiritually rich culture, which Shen Yun is trying to preserve, is not officially honored there.

Shen Yun, a traditional Chinese music and dance company, is based in New York, although its performers come from all over the world. It aims to restore the 5,000 years of divinely inspired culture, which the Chinese communist regime has sought to destroy.

“China is a very old civilization and it is very nice to see that they have carried on and saved these things to pass down from generation to generation,” Mr. Siegel said of Shen Yun’s mission.

Mr. Siegel has had a lot of interest in Asian culture. He grew up “in Southern California which has a large Asian population,” he said. He majored in Far East area studies and international relations specializing in Far East areas. He worked in Japan for five years, and he and his wife, Gayl adopted a girl from China, who is now 2.

Mrs. Siegel is hoping to bring her to a performance when she’s a few years older.

“It’s beautiful, the traditional costumes, and it was very interesting how [ShenYun] brings the tales to life with the combination with the video—how the people come down and they come up on stage,” Mr. Siegel said. “It really adds a whole new dimension to it and it really brings us into the story.”

Shen Yun’s artists use classical Chinese dance to bring to life ancient myths, actual history, and stories from China today. “The interactive background allows you to forget where you are, and journey to another place and time,” says Shen Yun’s website.

Mr. Siegel found the stories interesting and could see how those myths and legends have shaped the Chinese people and how they are reflected in their culture and tradition.

“Hospitality,” Mrs. Siegel chimed in, referring to another value she saw, in a dance using chopsticks, a dance called Chopsticks Dance of the Mongolian Ladies.

Mr. Siegel in general saw that the ancient Chinese valued peace and honesty.

He described one dance, The Fable of the Magic Brush, telling of an ancient legend, in which a magic brush allows the user to create a reality from whatever is painted.

“Like with the brush, you can see the magic brush worked well for the man with the good heart and did not work well for the people with bad hearts.”