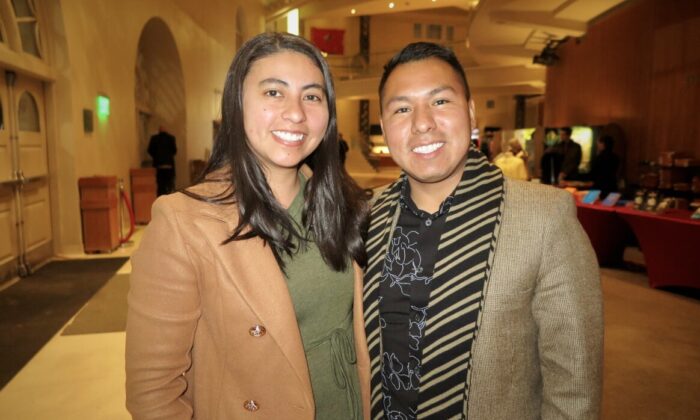 DENVER—2023 is the lucky Chinese year of the rabbit, and on Jan. 21, Denver theatergoers were able to celebrate this new beginning with Shen Yun Performing Arts.

Mario Hinostroza, a financial consultant at Wells Fargo, saw Shen Yun for the first time at the Ellie Caulkins Opera House on Jan. 21, Lunar New Year’s Eve. Walking out of the theater, Mr. Hinostroza quipped he had “nothing to complain about.”

“It was just amazing. [The performers] were very well organized and very talented. I loved that,” he said.

Based in New York, Shen Yun is the world’s premier classical Chinese dance and music company. Its artists are seeking to revive the glory of China’s 5,000 years of history and share through a series of short dance pieces all that is good and beautiful in China before communism.

He was very impressed by Shen Yun’s present-day dance piece depicting the Chinese Communist Party’s persecution of Falun Gong, a spiritual practice whose followers uphold the principles of truthfulness, compassion, and tolerance.

“The performance opened my mind and opened my eyes. The belief in truthfulness, compassion, and forbearance—I love it. I love the meaning and how [Shen Yun] is showing it to people.”

Mr. Hinostroza expressed that he and his wife had been in a “very stressful place,” but the music from Shen Yun’s live orchestra and the vocalists made him feel happy and peaceful. He was “in love with the music.”

“The Lord is everything in our lives. [My wife and I felt] a connection from heaven when [the vocalists] were singing about the divine.”

According to its website, Shen Yun Orchestra is the first in the world to permanently combine classical Western and Eastern instruments. Shen Yun’s music has met with worldwide praise and each year the musicians present a whole new set of original compositions.

Mr. Hinostroza said there are a lot of things people can learn from Shen Yun and Chinese culture. He will definitely recommend the show “to every single person who wants to see the differences between cultures and countries.”