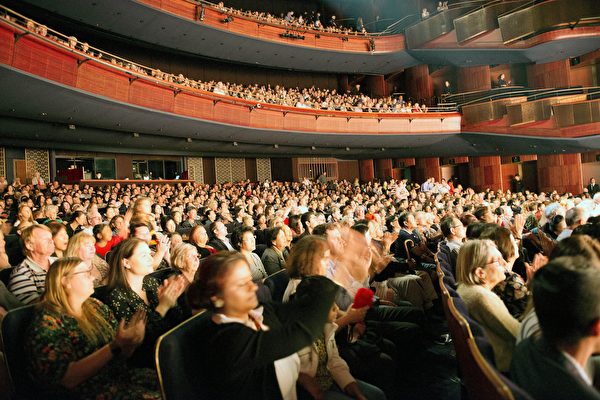 SYDNEY—Writer and researcher Maggie Hamilton expressed a genuine appreciation for Shen Yun after attending a performance in Sydney, Australia, on March 9.

Hamilton has a passion for the art of living meaningfully and is a keen researcher of social trends. Having spent five years interviewing children to analyze the state of drugs use, drinking, sexualization, depression, body image, and bullying, Hamilton’s work has helped many parents navigate how to better raise their children in a world where our youth are having to quickly confront major developmental issues.

Hamilton believes there is a necessity for magic and inspiration in the face of the, at times, perceived hopelessness of modern society, and she said she found that Shen Yun was able to serve in this regard.

“I think it’s stunning, culturally really important, and I love the spiritual element … I feel it comes together in a beautiful whole,” she said after seeing the New York-based company at the Sydney Lyric Theatre.

“I think it’s a great message to the world. We have to preserve the ancient cultures and the spiritual voice is always an important one.”

When it comes to creating a promising future, Hamilton believes embracing spirituality and observing ancient wisdom will provide the means.

“I think to understand that ‘the spiritual’ is in all of us and it is in all cultures … it is so important to go back through time and gather up what is precious to take us into the future in a more empowered way,” she said.

With reporting by Nicole Hond.