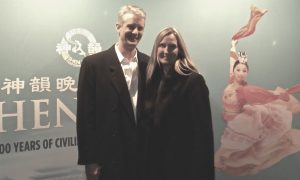 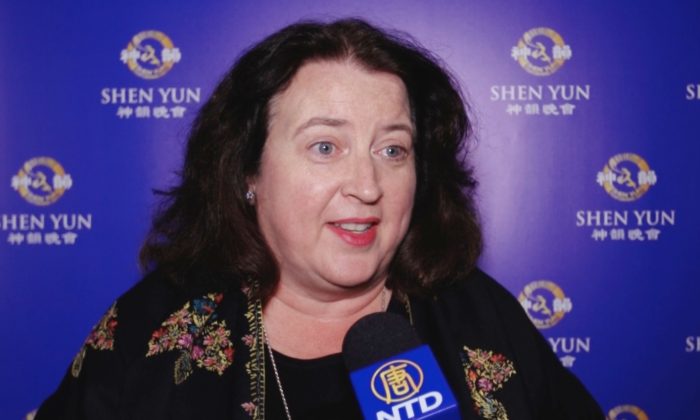 Audiences all weekend long were enthusiastic as Shen Yun showcased its exhilarating performance of classical Chinese dance and music, reviving an ancient culture on stage.

“It was a beautiful way to tell stories. The dancing was just absolutely unbelievable. The way they told the stories was mesmerizing,” remarked Tom Hart, city manager for the City of Grand Prairie, who saw the final show.

Shen Yun’s dance performances include mini-dramas that draw on stories from China’s ancient history, legends, and events in modern times.

“It was just a beautiful art form to get to watch … an outstanding experience. I enjoyed it very much,” Mr. Hart said.

Although for many in the audience this year was their first time to see Shen Yun, there were also some loyal Shen Yun fans, who came back to see the company’s all-new production.

“We have been coming every year,” said William Sky, who also attended the final performance with his wife Kathy.

“It’s different every year. We love it. That’s why we’re here,” he said.

Teresa Strecker, a lecturer at the Southern Methodist University, who saw the performance Saturday night, enjoyed it so much that at intermission she said she wished the show were not already half way over.

“I want to stay here longer and watch more … I am learning a lot too about the culture [that] I didn’t know before,” she said.

Dr. Strecker said she was especially happy to see young people learning from the performance.

“I see children here and they are learning about their heritage, which I think is wonderful,” she said. “There is a rich culture and that has been repressed.”

According to the Shen Yun website, “Shen Yun is based in New York where its artistic creators are able to freely express themselves and revive their ancient Chinese culture. Such artistic freedom is unfortunately not present in China under the communist regime, which has co-opted and destroyed traditional arts.”

Dr. Strecker said she saw themes of compassion in the performance that she found touching. For example, the piece “The Power of Compassion” shows how an act of compassion can change the heart of an oppressor.

“The stories of compassion and overcoming adversity, it’s very encouraging to everyone,” she said.