Shen Yun Attempts to Revive What Has ‘Truly Been Lost’ 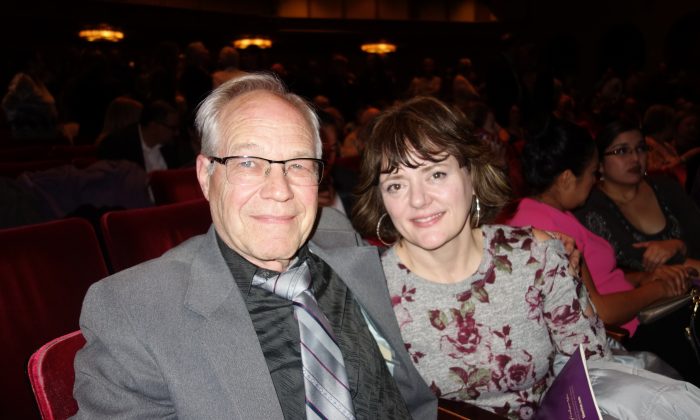 PHOENIX—Over the past several decades, China has experienced many movements aimed at eradicating 5,000 years of civilization and traditional culture. From cultural sites and temples to ancient relics and people’s beliefs, much of China’s history and spirit were destroyed after the Chinese Communist Party (CCP) seized power.

Seeing that genuine Chinese culture was at its brink of being wiped out, a group of overseas artists was determined to bring back everything that truly defined the Chinese people. This was how the traditional dance and music company, Shen Yun Performing Arts, was born back in 2006.

Today, many of Shen Yun’s audience members said they are sad to hear that the New York-based company is not allowed to perform in China, including Barbara Newport and Edward Dee who experienced the performance at the Orpheum Theater in Phoenix on Feb. 22.

“It makes me sad that they can’t perform this in China. It makes me very sad,” Newport said. “I’m glad they are doing this so it’s not lost.”

Using performing arts, Shen Yun attempts to tell a story about what Chinese people were like before communist rule. It has been described as a window into a cultural treasure that is nearly lost.

Dee said he was blown away by how Shen Yun portrayed the culture and stories from Chinese history through dance.

“I’m just blown away by it. I’m not a fan of ballet or anything like that, but this is entirely different, it’s amazing. The story and the history behind it is… it helps with understanding and adds to the beauty of it,” Dee said.

China was once known as the land of the divine, or Shen Zhou, a term that describes a land where deities and mortals co-existed and a belief that the divine transmitted a rich culture to the people of the earth, according to Shen Yun’s website. The ancient Chinese revered the divine and were deeply influenced by Buddhism, Taoism, Confucianism, and other spiritual disciplines. This faith for the divine encouraged them to improve their character and lead morally upright lives, a theme portrayed in Shen Yun performances.

The CCP, on the other hand, sees this part of Chinese culture as its greatest rival and has set out to systematically eliminate it with the aim to replace people’s thinking with communist ideologies and principles, according to the website.

Dee, who owns a business that runs vending machines, said he didn’t realize spirituality was a significant part of Chinese culture.

“They made it more real for me,” he said.

Meanwhile, Newport said the performance inspired her to learn more about the culture, especially the spiritual aspect.

“It makes me curious, I want to learn more,” said Newport, who is a manager at a medical company. “[Shen Yun] makes me want to pick up and read and learn more about China’s history.”

The pair were also impressed by the accompanying orchestra.

“The music has been phenomenal. Very calming and relaxing. It’s great,” Dee said.

Shen Yun’s orchestra’s unique in that it combines both Eastern and Western musical instruments to create a harmonious yet distinct sound. According to the company’s website, a Western orchestra plays the foundation, while traditional Chinese instruments lead the melodies.

The company is currently in the midst of its 2019 tour and is set to perform in over 100 cities, and will delight audience members far and wide, like Dee.

“It brings home to me the amazing culture of ancient China and what has truly been lost,” he said.

With reporting by Yuli Li.