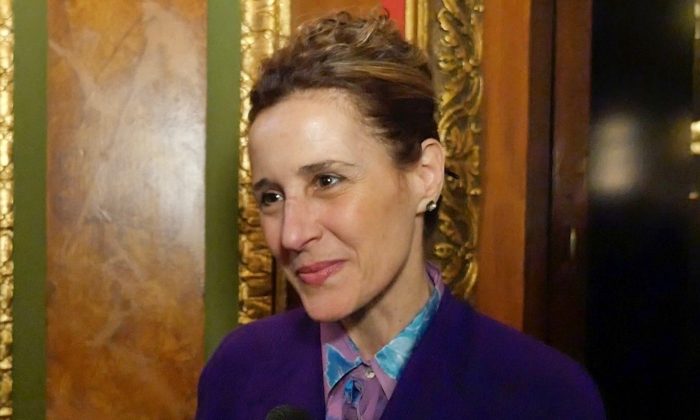 PROVIDENCE, R.I—China was once described as the land of the divine, a country with a flourishing culture and rich traditions. Today, that ancient culture is being brought back to the world by Shen Yun Performing Arts, a classical Chinese dance and music company based in New York.

Currently in its tenth year, Shen Yun has introduced millions around the world to the beauty of China’s classical culture and traditions. On Feb. 6, audiences in Providence got the chance to experience China’s traditional culture first-hand.

Mrs. Baldelli-Hunt is the mayor of the city of Woonsocket, which is the sixth largest city in Rhode Island.

“They were just graceful. They were extremely talented. We’re very pleased we came,” Mrs. Baldelli-Hunt said.

Shen Yun was established in 2006 with the mission to revive 5,000 years of traditional Chinese culture. The hallmark of Shen Yun’s performances is classical Chinese dance, an art form that is able to convey profound emotions, but also one that is extremely difficult to master. Shen Yun Performing Arts features some of the world’s most accomplished classical Chinese dance performers.

Part of Shen Yun’s performances is the company’s orchestra, which is unique in the world in that it blends classical Chinese and Western instruments, creating a new, refreshing and harmonious sound.

The performance also features Shen Yun’s solo-singers, which use bel canto technique to sing Chinese lyrics, a skill they are unparalleled at in the world.

“Their voices were spectacular. … The notes that they hit—it was fantastic,” Mrs. Baldelli-Hunt said.

Mrs. Baldelli-Hunt said that the performance also has educational value. The performance features stories set both in ancient China as well in contemporary China. The latter show the repression of the Chinese people, especially those with beliefs in traditional values, under the current communist regime.