Good Message Expressed So Beautifully Through Dance and Pageantry 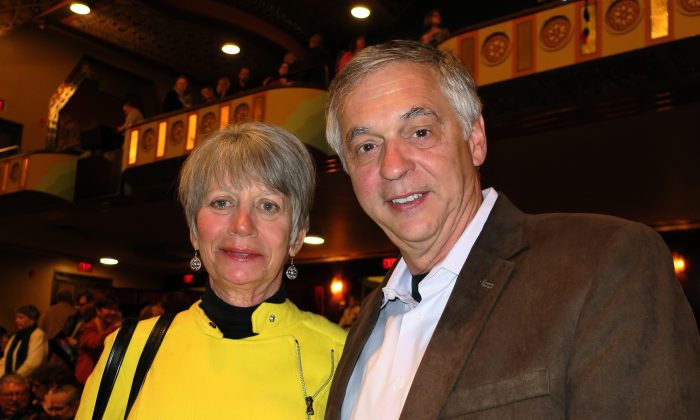 Rick Vidoni and his wife attended the Shen Yun performance at the Paramount Theatre in Aurora, Ill., on April 8, 2018. (Maggie Xie/The Epoch Times)

“It’s magical. It’s high energy which I love. It has a very good message which does not always resonate around the world today, but has always been a staple for humanity. And, it’s expressed so beautifully in the dance and the costumes that the performers wear.”

“I think freedom of ideas is more important than any other message that some certain ideologies that communism have tried to stamp out across the world in time. I just don’t think they’re going to be able to do it, but with millions dead which says maybe they can.

[What stands out are] “all the athleticism of all the dancers and those involved is amazing. The costumes bring out the fluid and gracefulness of everything that they do.”