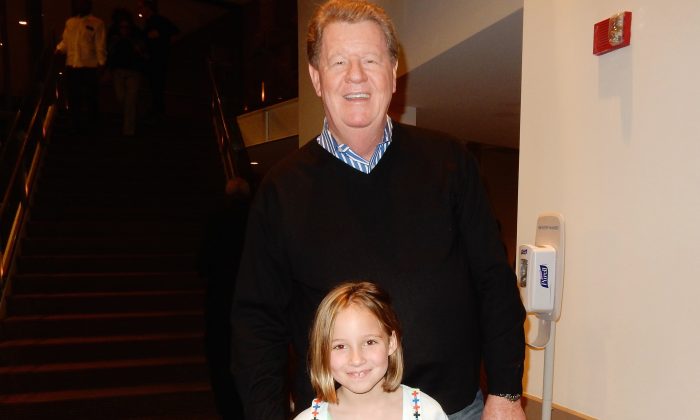 MEMPHIS, Tenn.—Larry Thornton, owner, president, and executive producer of Red Thread Pictures, fell in love with Shen Yun after seeing the New York-based classical Chinese dance and music company perform at the Cannon Centre for The Performing Arts on March 13.

“I love it … it was amazing—the art, the history—it’s just well done,” he said.

Based in Los Angeles and Memphis, Red Thread is a global independent motion picture company.

Watching Shen Yun, a global phenomenal which has intrigued audiences with its exhilarating performances around the world, made Mr. Thornton want to learn more about China’s history and culture.

“When we see it, we realize how much history, how much tradition is there,” Ms. Thornton said.

“I have taken away a great respect for the arts, for Chinese people, the history, the culture.”

“It was just breathtaking. It was gorgeous,” she said.

“It’s just enchanting … and the dancers were so graceful.”

Ms. Smothers said she was also touched by the spiritual aspects of the performance.

According to the Shen Yun website, China has been known as the “Celestial Empire.”

“This refers not only to China’s strength and position as East Asia’s Middle Kingdom, it also captures a more profound meaning, describing a land where the divine and mortal once co-existed. It refers to the belief that the divine, through various dynasties, transmitted a rich and abundant culture to the Chinese people.”

Through the performance, Ms. Smothers said she gained a deeper understanding of Chinese culture.

“I think it’s probably going to incorporate into my spirituality, my own personal spirituality, and I could definitely tell people that I got the short trip visit. It was just amazing—amazing. It’s just truly amazing.”