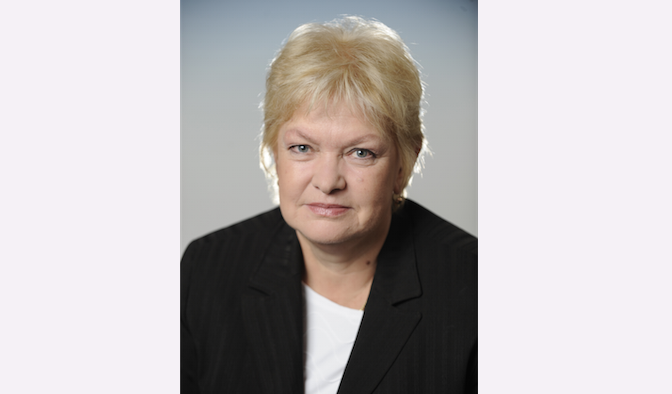 PRAGUE—On the evening of May 3, people seemed unwilling to leave after Shen Yun performed in the packed national Theatre of Prague. After all the principal dancers and soloists were introduced and after curtain calls and standing ovations, the spectators turned towards the doors and slowly started to leave.

Senator Eva Richtrova of the Czech Parliament said she liked Shen Yun very much and “I was very nicely surprised. If I had the chance, I would like to see it again. The journey was beautiful.“

Throughout all the dynasties, Chinese culture was greatly influenced by spiritual practices such as Buddhism, Taoism and Confucianism. In order to revive the traditional Chinese civilization, Shen Yun has incorporated themes and stories from these spiritual traditions.

Sen. Richtrova said, “The philosophy of all the show is very interesting.“ She said watching the performance, as a whole, was a heart-touching experience for her.

The feelings that the performance evoked were hard to put into words; “It’s difficult to say,“ she said, which aspects of the performance touched her most. Perhaps the Buddhist and Taoist themes were most touching and interesting, for her.

As a member of the Senate Human Rights Subcommittee, she particularly liked how Shen Yun included two contemporary stories of how steadfastly Chinese people stand up for freedom of belief while being faced with persecution. She said that she found some inspiration and hope in the Shen Yun performance. “I think that their struggle for their culture must succeed.”

Sen. Richtrova said that she would certainly recommend the show to her relatives and colleagues. She added that the spiritual message of the show was very clear and moving to her. She said, “Of course, it must touch everybody.“