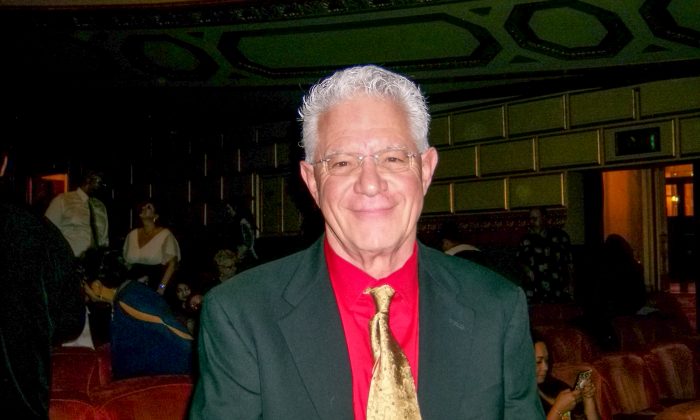 SAN FRANCISCO—Around 500 people from an insurance company began the year by watching Shen Yun Performing Arts together in San Francisco on Jan. 5. Among them was Ray Petrin, who is also the president of his own construction company, Hy-Tech Construction.

“It’s incredible,” Petrin said of Shen Yun. “I love it. I love the orchestration, I love the storytelling, its brilliant color; just the beauty of it. I love it. … Really enjoyed it.”

“I would highly recommend it,” said Petrin.

He looked for any flaw in the performance but found nothing.

“Just perfect,” he said. “And that’s not easy; it’s not easy to pull off all these dancers, and the flipping, and the tumbling … it’s carried out very well. Beautiful.”

In each Shen Yun performance, dancers perform a series of short dance pieces, which often include difficult leaps, flips, and aerials. Accompanying them is a unique live orchestra that uses both Chinese and Western musical instruments.

“I just love that unique sound [of the Chinese instruments]; there’s a unique sound to it, but there’s also Western influence, too. So I hear that, so it’s just beautiful,” said Petrin.

According to Shen Yun’s website, ancient Chinese culture is thought to be divinely inspired, passed down from the heavens. The first dance piece in the performance depicts the Creator leading divine beings to establish the Chinese civilization.

“I’m a born Catholic, so I believe in a higher being, and obviously that’s what this is,” said Petrin. “The whole thing is just a beautiful and spiritual experience.”

Traditional Chinese culture was passed down for 5,000 years, but in modern times, the communist regime in China has nearly destroyed this tradition. Petrin was happy to see Shen Yun keeping it alive.

“I’m glad that this carries on, because I think it’s important to keep that in the culture. Five thousand years is a long time to have that kind of a spiritual and cultural togetherness of the people. So I’m glad that they carry this on.”

Also in attendance was Kais Menoufy, president of a technology company. He was moved by a vocal solo in Shen Yun, which was sung in the traditional bel canto style.

“The song that came across, it touched my personal belief and faith,” he said. “The singing and the dance before that, it touched me. … The part that [says] we are not here forever. And it’s all just bringing the truth, our reality. We’re just in a journey.”

The songs are original pieces written for Shen Yun. The company’s website explains, “Brimming with deep reflection about life, these songs transcend the boundaries of nation, race, and culture, resonating with audiences the world over and inspiring hope in people’s hearts.”

To achieve the kind of beauty found in Shen Yun, the performers practice meditation and self-discipline, striving to live their lives according to truth, compassion, and tolerance, the company’s website states. Menoufy could see this in the dancers.

“It’s in every dance, in everyone,” he said.

He expressed his congratulations for the production.

“The whole experience is very, very exceptional. And what it comes behind is a lot of practice, selection of the dancers and the musicians, it seems that was very well thought of. … It was very good,” he said. “I admire that, that they’re bringing the Chinese culture to the United States, and [making] us see it in its heart.”

“I will start to make reservations for next year. … It’s one of a kind,” he said.

With reporting by Lily Yu, Gary Wang, and Sally Appert.