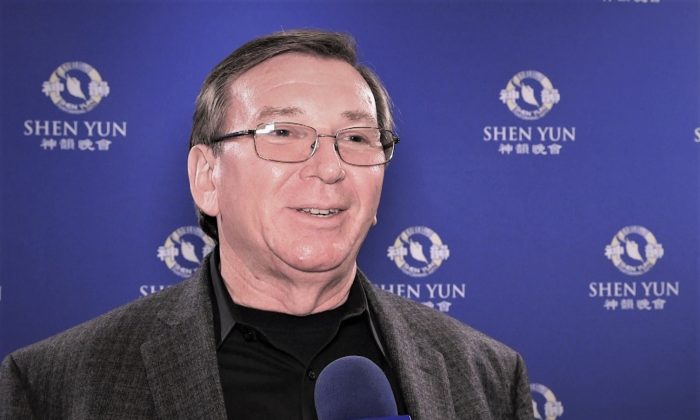 “I really enjoyed it a lot. … This brings it [Chinese culture] to life in a different way than I have experienced in the past.”

“I love them [Shen Yun dancers]. It’s absolutely amazing. There’s one part in ‘Devotion,’ where the female dancer does a complete flip and never gets near the ground. It’s amazing to me.”

“It’s [Shen Yun orchestra] fabulous, fabulous. I’m a musician myself, so I watched as they played. I really enjoyed it very much.”

“The combination of Chinese instruments along with the traditional [Western] instruments [was] really quite good.”

“What I liked about [the music] is it brings something new to everybody. So if you’re a traditional player, you’re hearing new things and new styles and so on, and I’m sure that if you’re coming from the opposite side, you’re also understanding a different rhythm system, or a different type of scale.”

“[Shen Yun] gave me a feeling that we all believe in a similar creation and something bigger than ourselves.”