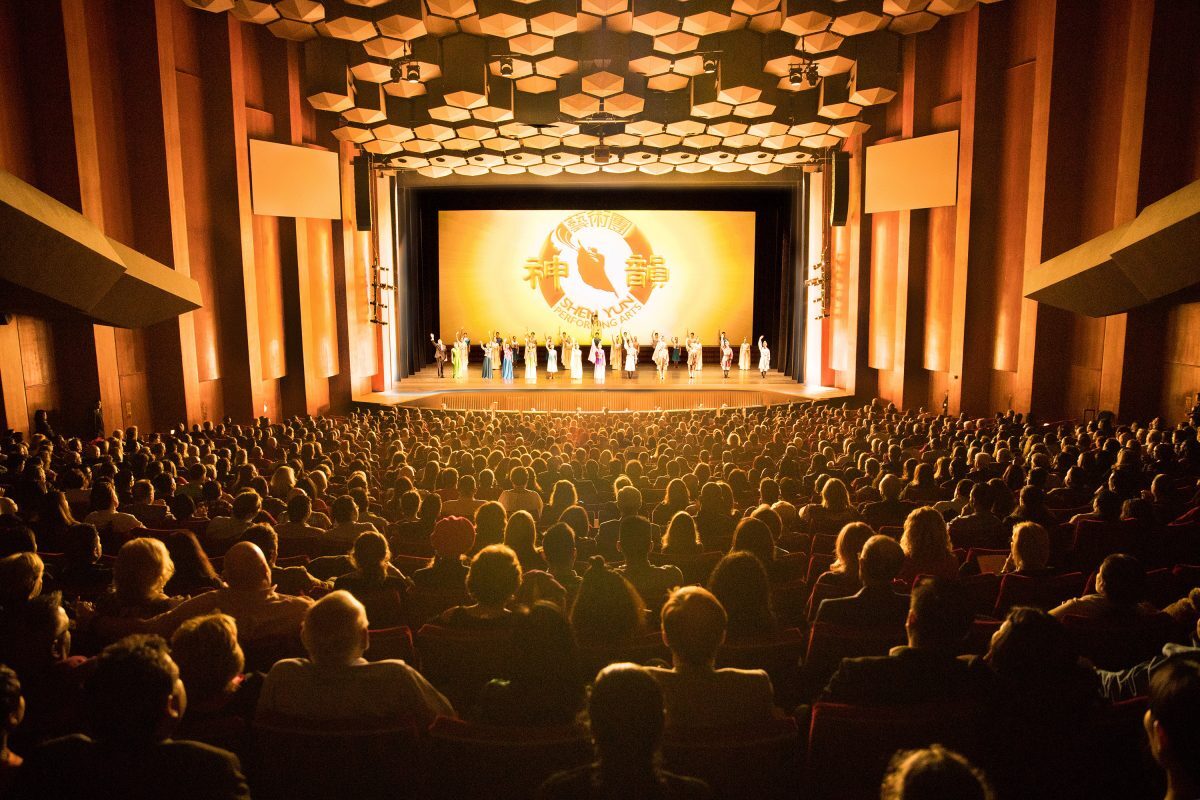 The Chinese communist regime has deployed its massive army of internet trolls to smear Shen Yun Performing Arts in an effort to sway public opinion against it, according to the company.

These anonymous people are working to stack Google search results with negative reviews of Shen Yun, Leeshai Lemish, an emcee with the company, said in a recent interview with The Epoch Times.

Shen Yun is a New York-based classical Chinese dance company that has toured the world since 2006, with a stated mission to showcase 5,000 years of Chinese civilization through the arts.

While the company consistently performs in sold-out venues across the globe, it’s drawn the ire of the Chinese regime over presenting scenes depicting the continuing persecution of the spiritual group Falun Gong.

Falun Gong, also known as Falun Dafa, is a meditative practice that includes a set of moral teachings based on the principles of truthfulness, compassion, and tolerance. The practice was banned in China after the Chinese regime deemed it a threat due to its immense popularity; official estimates at the time put the number of practitioners at 70 million to 100 million.

Adherents of the practice in China have since been arbitrarily detained and subjected to forced labor, brainwashing, torture, and forced organ harvesting. More than 4,300 practitioners are confirmed to have been killed in the persecution, though the true number is thought to be much higher.

Being in the regime’s crosshairs, Shen Yun has faced a barrage of attempts to shut down or interfere with performances since the company started touring 13 years ago.

In addition to numerous cases of Chinese consulates or embassies pressuring theaters or governments to cancel performances, the company’s tour buses have been sabotaged, performers’ family members in China have been harassed and threatened by local police, and its ticketing website has come under attack, especially in the lead-up to prominent performances in cities like New York, Lemish said.

Increasingly, the regime’s efforts have shifted online. “There’s a very strategic and concerted effort to defame us in any possible way, especially in the media and online,” Lemish said.

He said the internet agitators seek to generate negative publicity about Shen Yun that ranks higher on internet searches than favorable reviews of the group’s performances.

“No matter how many thousands of positive reviews. … But still, at the very top of the Google ranking are these negative articles,” Lemish told The Epoch Times’ affiliate NTD, noting that the three reviews that appear on the first page of results from a Google search of “Shen Yun” are negative.

Given that most people don’t navigate past the first page of Google search results, the trolls are “really working really hard to get that space to be just as negative as possible,” he added.

In addition to a trove of favorable reviews of the performance found in The Epoch Times’ special coverage of Shen Yun, the company has also received numerous welcome letters or proclamations by federal, state, and city officials in the United States, and other countries.

Known as the “50-Cent Army,” Chinese internet trolls are financed by the regime—allegedly 50 cents ($0.07) for every post—to spout propaganda or silence dissenting views online, both inside and outside of China.

A 2017 study (pdf) published in the American Political Science Review said that the Chinese regime has hired as many as 2 million internet trolls, who post an estimated 488 million messages of misinformation or disinformation each year.

Lemish said that these people attempt to boost the search result ranking of negative publicity by commenting on those articles, linking to them, and posting on social media.

For instance, articles about Shen Yun on Chinese embassy and consulate websites appear on the first few pages of search results, he said.

“These are not very popular websites. [They] don’t do business, don’t have news updates,” Lemish said. “But those rank really high on Google—that’s to me beyond explanation.”

The emcee added, “You think, who’s actually so motivated, and has the time and the energy, who’s not on salary, to actually go and do this on such a large scale?”

“This is a very common tactic,” he said, adding that many of the comments are in “Chinglish,” referring to the broken English used by some native Chinese speakers.

Alexander M. Kehoe, search engine optimization expert and co-founder and operations director at Caveni Digital Solutions, an SEO and digital marketing company, told The Epoch Times that Chinese troll operations on social media are distinctive because the users “have trouble acting like Westerners.”

“Chinese trolls on social media are very blatant,” Kehoe said. “It’s almost like they’re toeing exactly the Party line from China. … No American would actually say something like this.”

While Chinese trolls currently trail their Russian counterparts in terms of effectiveness, Kehoe said the “Chinese government is finally catching up with those methods [used by the Russians].”

He said state-backed trolls use social media to push content up and down search engine results. For example, posting negative or controversial comments and disliking or reporting social media posts can push articles down, Kehoe said.

“What [the Chinese regime is] doing now is basically pushing things [down] on social media that they don’t like outside of the country because they have the resources to do so,” he said.

Content can move higher in Google search results if it’s linked by many authoritative sources, Kehoe noted, adding that this can be manipulated by state-actors and others wishing to artificially boost a result.

“State actors … have the resources to make either fake [websites] or make so many other websites link to you that it appears that you’re authoritative, even if it’s artificial as opposed to organic,” he said.

He said the Chinese regime has recently adopted such methods, adding that while the execution isn’t as refined as Russian campaigns, “I expect that it’ll get better and become harder to spot.”

In addition to social media campaigns against the company, Shen Yun’s Wikipedia page changes “on a daily basis” to include negative material, Lemish said, another well-known method used by the regime to smear its critics online.

The goal, according to Lemish, is to change the public’s perception of Shen Yun.

“It’s making us work a lot harder because just the normal way that people discover things these days [is] by Googling them and by hearing about them … on social media,” he said.

“They’re really making a strong effort to not allow us to use those channels, and then create negative impressions on people to make it harder for us to sell tickets.”

Sonny Lo, a political science professor at the University of Hong Kong, previously told The Epoch Times, the regime has been harnessing Western social media to “win the hearts and minds” of people outside of China.

An October investigation by The Wall Street Journal found that an “army of pro-China troll accounts” attacked Houston Rockets general manager Daryl Morey after he posted an Oct. 4 tweet in support of protesters in Hong Kong.

The Journal analyzed nearly 170,000 tweets directed at Morey in the week following his initial tweet, and found that 22 percent came from accounts with no followers and 50 percent were from accounts with less than 13 followers—a trait tending to indicate state-affiliated operation. The “troll attack” was intended to “manipulate the conversation about the Hong Kong protests,” the Journal said.

Last week, a man claiming to be a Chinese spy, Wang Liqiang, who recently sought asylum in Australia, revealed that he was involved in an online campaign to attack Taiwan’s ruling party in the lead-up to the island’s elections in 2018, in an effort to support the Beijing-friendly opposition party.

Wang said the campaign had more than 200,000 social media accounts, and many other fan pages to support its effort.

The online attacks directed against Shen Yun reflect a broader concern about the regime’s suppression of free speech in the West, Lemish told NTD.

If a person goes online to research what they want to watch, and what they see online “is skewed because of what Beijing, with their trillions upon trillions of dollars, are able to do, then they’re really telling us what we can and cannot watch,” he said.

“Do we have the freedom to choose what we want to watch?”

Cathy He
CHINA EDITOR
Follow
Cathy He is a New York-based reporter focusing on China-related topics. She previously worked as a government lawyer in Australia. She joined the Epoch Times in February 2018.
SHARE
EmailCopyFacebookTweet
You May Also Like