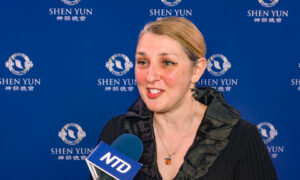 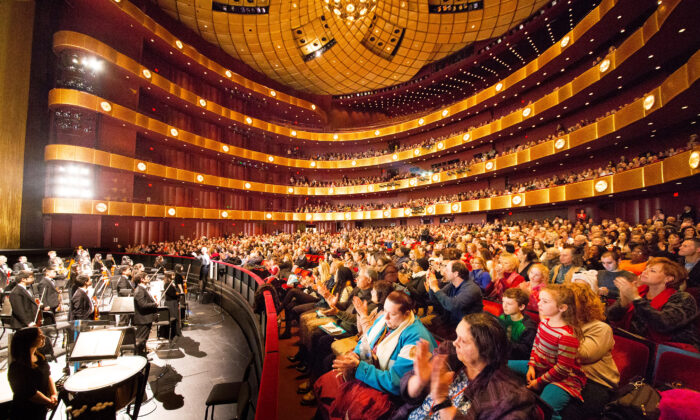 Nearly wherever Shen Yun Performing Arts goes, it has encountered attempts by the Chinese regime to thwart its performances.

For 13 years, the classical Chinese dance company has toured the world showcasing stories from the 5,000 years of Chinese civilization.

However, Shen Yun has drawn the ire of the Chinese regime over its depiction of scenes exposing the persecution of spiritual group Falun Gong on stage. Since 1999, adherents of Falun Gong have been subject to Beijing’s sweeping campaign to eradicate the practice, involving arbitrary detention, forced labor, brainwashing, torture, and even death.

In an attempt to snuff out exposure of this persecution, the Chinese regime has consistently tried to cancel or undermine Shen Yun’s performances around the world since the company started touring in 2006.

As part of a wide-ranging campaign to interfere with Shen Yun, Chinese consulates and embassies have heaped pressure on theaters and governments to cancel its performances. The cases are numerous and well-documented, mirroring tactics deployed by the regime when it seeks to silence advocates who are vocal about the Chinese regime’s abuses, such as the persecution of Tibetan Buddhists and Uyghur Muslims. Below are recent examples of interference.

In January, the Royal Theater in Madrid canceled a show weeks before the company was due to perform for the first time at the venue, citing “technical difficulties.”

However, an undercover phone call to the Chinese Embassy in Madrid conducted by the U.S.-based nonprofit World Organization to Investigate the Persecution of Falun Gong (WOIPFG) revealed that this reason was manufactured after the embassy managed to pressure the theater into dropping the performance. The caller, posing as a high-level official of the Chinese regime, talked to a man who identified himself as Lu Fan, the Chinese ambassador to Spain, according to a WOIPFG press release.

In an audio recording of the phone conversation, Lu explained how he convinced the Royal Theater’s general manager to cancel Shen Yun by warning the manager that the theater “can’t afford to lose the Chinese market because of this.”

Holland’s foreign affairs ministry responded that the decision was up to the theater venue, the Nieuwe Luxor theater in Rotterdam.

The theater decided that the show would go on.

In Denmark, a 2018 report by radio station Radio24syv uncovered evidence that the Chinese embassy had placed pressure on the Royal Danish Theater in Copenhagen to not lease its venue to Shen Yun.

The New York-based company had sought to perform at the Royal Danish Theater for 10 years but had been repeatedly rejected, claiming that the company’s artistic level did not meet the venue’s demands.

According to emails obtained by the outlet, one of the theater’s employees told another staff member that they had met with the Chinese Embassy in August 2017.

“They [embassy] ended the meeting by asking if we had a dialogue with Shen Yun, and requested that we shouldn’t allow them to rent our facilities,” the email stated.

Thomas Foght, the journalist who investigated the story, said during a speech at the Danish Parliament in April this year that this case “puts light on why it was so difficult for Shen Yun to have access to the Royal Theater over 10 years.”

Following Foght’s report, then-theater director Morten Hesseldahl and Denmark’s then-Culture Minister Mette Bock denied accusations of Chinese influence, saying that they were not aware of any pressure from the embassy.