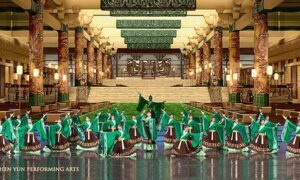 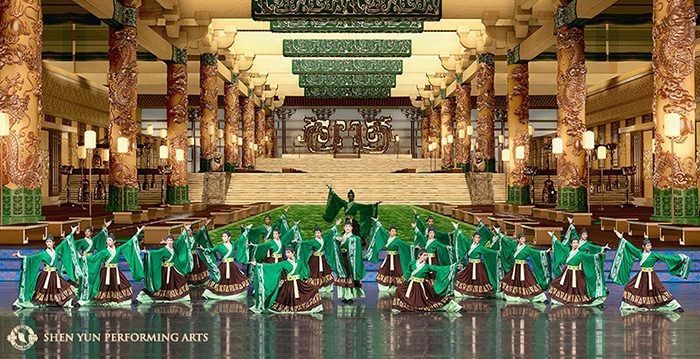 Why Is the Chinese Regime Afraid of Shen Yun?

Shen Yun Performing Arts is no stranger to dealing with attempts by the Chinese communist regime to shut down its performances.

In the 13 years since the company was established, the Chinese regime has deployed a range of tactics—including pressuring theaters to not do business with Shen Yun, sabotaging tour buses, and online attacks—in an attempt to thwart the company wherever it goes.

So why all this effort to suppress a classical dance performance?

This comprehensive interference campaign arose from the Chinese Communist Party’s (CCP) fear of what Shen Yun presents on stage, Leeshai Lemish, an emcee with the company, told The Epoch Times in a recent interview.

Shen Yun is a classical Chinese dance company, founded by a group of artists in New York in 2006. Its mission, according to its website, is to transmit 5,000 years of traditional Chinese culture through music and dance.

The practice, which comprises meditation and a set of moral teachings centered around the principles, truthfulness, compassion, and tolerance, has been brutally suppressed by the CCP since 1999, after it rose in popularity with an estimated 70 million to 100 million people practicing by the end of the decade.

Adherents of the practice have been subject to arrest, detention, brainwashing, torture, and even death. Mounting evidence, including a judgment by an independent people’s tribunal in June, has also shown that the regime has killed imprisoned Falun Gong practitioners for their organs, in order to sell them on the transplant market.

This is a story that Beijing doesn’t want people to know about.
— Leeshai Lemish

“This is a story that Beijing doesn’t want people to know about,” the emcee said.

Shen Yun Viewed as a Threat

Lemish said the Chinese regime views the company as a threat due to its depiction of the Falun Gong persecution, a subject that is strictly taboo in the mainland.

“Here’s a group [Falun Gong] they’ve been trying to silence and make go away, and all of a sudden their story is performed at Lincoln Center and all over the world in front of TV anchors and politicians and businessmen and so on,” he said.

On another level, Lemish noted, Shen Yun’s mission runs counter to the aims of the communist regime.

“What Shen Yun is doing is diametrically opposite to what the Communist Party has always tried to [do],” he said.

After the CCP was established in the early 1900s, “the first thing they tried to do is destroy traditional culture and replace it with the Soviet import of Marxism and atheism and Leninism and finally Maoism.”

Through various campaigns, most notably the Cultural Revolution, the party went through the process of uprooting Chinese culture, Lemish said.

The Cultural Revolution during the 1960s and 1970s was a political campaign launched by then-leader Mao Zedong to wipe out the “Four Olds” (old ideas, old culture, old customs, old habits). Elements of traditional culture were labeled as “feudalistic superstition” and deemed anti-revolutionary. Historical sites, ancient texts, and replicas of cultural figures were destroyed.

“Now you’re looking at multiple generations … into this [campaign], where people really have just a very, very vague idea of what the culture was,” he said.

Shen Yun’s showcasing of authentic traditional culture, one that is steeped in spirituality, has allowed Chinese people to reconnect with their culture, Lemish said.

Shen Yun ‘Is our true culture’

“We have audience members who say things like: ‘when I saw this [Shen Yun], I really realized this is our true culture,’ and ‘I remember this from things that my grandparents had told me,’ ‘It’s amazing to me that actually outside of China I’ve found my true roots,'” he recalled.

Having more people understand the culture destroyed by the Chinese regime thus becomes a threat to its authoritarian control.

“If people discover this and they start questioning, ‘what is the Communist Party doing here? What is this cultural import  [from the West] that we have?'”

“That’s a legitimacy issue for them,” he said.