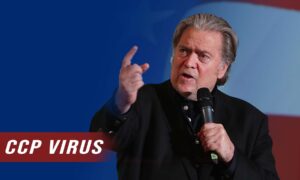 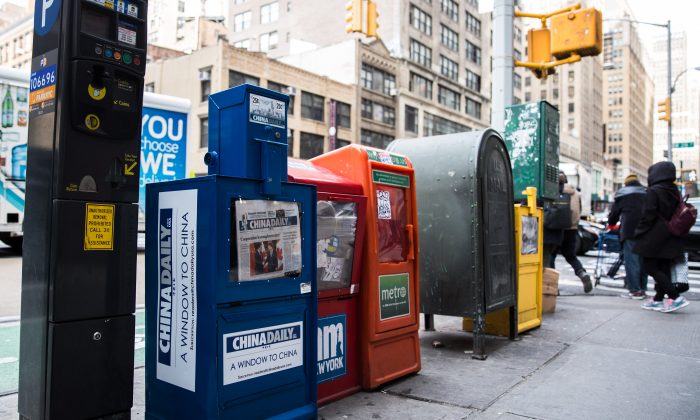 Chinese-Language Media in US Mostly Influenced by Beijing, Report Indicates

A recent assessment of the Chinese-language media landscape in the United States says that most media outlets are under Beijing’s control or possess a pro-Beijing editorial stance.

On Nov. 29, the Hoover Institution, based at Stanford University, published a report by a group of China scholars from around the world that details China’s attempts to influence and infiltrate U.S. government and society. Included in the document is a section on how the Chinese regime has sought to influence public opinion in Chinese immigrant communities via Chinese-language media.

According to the authors, the Chinese regime has made it a priority to control the narrative of how China is portrayed overseas, and Beijing has launched a “concerted campaign” to control Chinese-language media.

At a meeting held this August on propaganda work, Chinese leader Xi Jinping said, “To present good images, we should improve our international communication capability, tell China’s stories well, disseminate China’s voice, show an authentic and comprehensive China to the world, and raise the country’s soft power and the influence of Chinese culture.”

Aside from increasing the operations of its state media on foreign soil—with over 2,000 staff globally at the China News Service, which acts like a wire service and sends articles to overseas Chinese media—China has taken control over some of those very same media companies that cater to an overseas Chinese audience.

For example, Sky Link TV, a 24/7 Chinese satellite TV channel, was first established in 1989 in California by a Taiwanese corporation, according to the report. But between 2013 and 2014, the company was purchased by a state-owned media company based in Guangzhou City in southern China, GZ Television Media. The acquisition was hailed as “an important project for cultural export” in a July 2014 document published by the Ministry of Commerce.

Other media outlets were also initially established overseas as an independent voice, but have since fallen under Beijing influence, according to the report. Popular newspapers Singtao, World Journal, and Ming Pao, and online news sites like Duowei, are named as outlets first established independent of Beijing, but since purchased by businessmen with pro-Beijing leanings. The ownership information could not be independently verified by The Epoch Times.

Duowei’s owner, Yu Pun-hoi, is a founding member of the Tsinghua University Center for US-China Relations and has written essays promoting Beijing’s sovereignty claims in the South China Sea, according to the report.

Meanwhile, the report cited previously little-known evidence of direct Chinese ownership over several media companies that have long been suspected of Beijing ties.

SinoVision, a television broadcaster, has been claimed to be controlled by the Chinese regime’s Overseas Chinese Office—an office under China’s cabinet-like State Council until this year, when the central authorities’ restructuring subsumed the office under the United Front, an agency in charge of pushing Beijing’s agenda abroad—by former staffers.

Meanwhile, Qiaobao, or China Press, is a Chinese-language newspaper whose founder was a former reporter for the state-run China News Service.

Today, the two media outlets, along with a newspaper called Sino American Times, all belong to the Asian Culture and Media Group.

“Chinese officials backed this push as part of an effort to fight back against the negative publicity generated by the Party’s crackdown on protests around Tiananmen Square on June 4, 1989,” the report said.

Pushing Its Agenda Through US Media

The Chinese regime has also used stealth tactics to buy up U.S. media companies. Beginning in the late 2000s, China’s state-run China Radio International (CRI) began leasing local radio stations across the United States and supplying them with news content from Beijing. CRI chiefly leases the stations through a U.S.-based private company, EDI Media. “The content of all of EDI’s outlets mirrors that of China’s state-owned media,” the report said.

In addition, the Hong Kong-based, pro-Beijing Phoenix TV—previously known to be partially owned by China’s state broadcaster CCTV—made attempts to purchase two major FM radio stations and a Mexican radio station in order to broadcast into southern California, where there are large Chinese communities. The former deal was dropped after U.S. authorities declined to approve it, while the Mexican radio station deal is being contested at the Federal Communications Commission.

The report concluded that given these efforts by the Chinese regime, only a few media outlets that publish in Chinese are truly independent: the Chinese-language editions of The Epoch Times and its sister broadcaster NTD, Sound of Hope radio, and Vision Times, a Chinese newspaper.

The authors recommended that the U.S. authorities find ways to identify the true ownership structures of Chinese media companies that have purchased U.S. media outlets. Meanwhile, any “foreign-owned or foreign-controlled media” that “advance a foreign government line” should register with the federal government under the Foreign Agents Registration Act, they said.

They added that U.S. authorities should look into whether these organizations and their employees should also register under the relevant lobbying regulations.