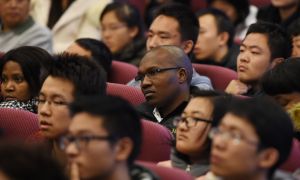 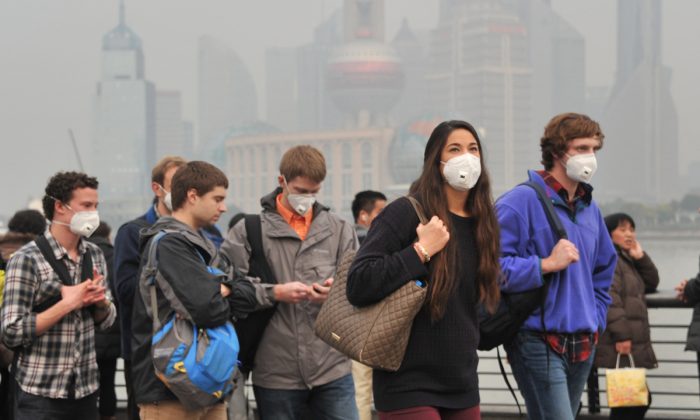 Tourists in China May Need to Be Aware of Hostage Diplomacy

If you’re planning a trip to China in the near future, you may need to make extra considerations for your safety inside the Communist nation.

The recent string of arrests of Western individuals in China have sparked concern among observers who believe the Chinese regime is engaging in hostage diplomacy.

A post writen by user “Deep Pony” on Weibo, China’s version of Twitter, received over 20,000 likes: “Recently a lot of things are happening related to foreigners, this proves that the people of China are already rising up.” The mention of rising up is a reference to China’s communist national anthem.

One of the most popular comments on the subject came from Weibo user “Coffee, Garlic, all liked” who wrote: “How’d these foreigners get so brazen? … Punish [him] severely!”

Many people in and from China often refer to anyone from another country directly as “foreigner.”

The number of foreigners arrested by the Chinese regime has increased since Canada detained Huawei chief financial officer Meng Wanzhou at the request of U.S. authorities in December 2018. Meng is indicted in the United States on charges of fraud relating to violations of U.S. sanctions against Iran.

Beijing has repeatedly demanded Meng’s return, and has warned of “severe consequences” if Canada doesn’t release her.

Soon after, a total of 13 Canadian citizens have been arrested, while eight have been released.

One Canadian and 12 Taiwanese individuals were arrested recently, according to a July 14 report by The Epoch Times. 16 non-Chinese individuals, working as teachers or students, were also arrested on July 9. An American businessman was interrogated and not allowed to leave his hotel, the New York Times reported on July 11.

Three Western women were riding in a subway in Nanjing City of Jiangsu Province on July 10. One of them ate a pastry and the other two carried drinks. The original post on Weibo from user “Spongepiepy” complained about how subway employees did not fine them.

Chinese laws state that passengers can not have food or drink on the subway. The women were only warned. Online responses were either critical of how the authorities handled the situation, or assertive towards non-Chinese deserving punishment.

An exchange student got into an argument with a traffic officer in Fuzhou City, Fujian Province on July 9. Pictures used in Chinese media reports show the man appearing vicious and aggressive.

The student, surnamed Younes, was from Egypt. Traffic police pulled him over for carrying another individual on his electric moped, according to China NetEase.

The reports showed Younes demanding his key back from the officer, and only showed him during the altercation. No reports were given as to what led up to the argument.

Laws in China about carrying passengers on mopeds are loosely and often arbitrarily enforced. NBA star James Harden was also pulled over in China on June 29 for similar reasons.

In another instance involving Chinese police, a man was being given a breathalyzer test, while an officer attempted to speak to him in English. The man stood still with his hands in the air, giving no response.

The officer then tugged at the man’s shirt, loudly shouts commands at the man, and attempts to poke the breathalyzer into the man’s mouth, according to KNews. The incident occurred on the evening of July 13 in Yiwu City, Zhejiang Province.

Another instance involved a man taking a taxi, and getting into a fight with the driver after a dispute about fees, according to Sichuan Watch. The incident occurred in Chengdu City, Sichuan Province on the evening of July 8.

Many media reports downplayed the Chinese driver’s behavior, like pulling on the passenger’s shirt and following him outside the car.