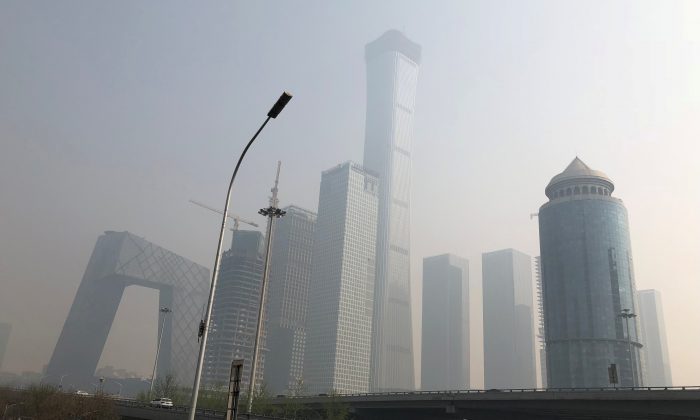 Arrest of UK Nationals, Harassment of US Citizens in China Prompt Fears of Hostage Diplomacy

The arrest of four British nationals and reported detention of an American executive in China amid volatile relations between the countries have sparked concern that Beijing is using hostage diplomacy to put pressure on the United States and the U.K.

Four Britons were arrested as part of a drug raid in the eastern Chinese province of Jiangsu, the British Embassy in Beijing said on July 12.

Police in Xizhou City, Jiangsu, said July 9 that it had detained 19 people who tested positive for drug use. Among them were 16 foreigners, all of whom were teachers or students, police said in a statement. The police did not identify the foreigners.

Relations between Beijing and London have deteriorated in recent weeks, partly due to repeated calls by top British officials for China to honor its promise to respect the autonomy of Hong Kong, a former British colony that was handed back to Chinese sovereignty in 1997. The city has been rocked by ongoing protests over a controversial extradition bill, which Hongkongers perceive as evidence of Beijing’s further encroachment into local affairs.

British Prime Minister Theresa May and several top U.K. officials have called on the Chinese regime to respect the rights and freedoms of the Hong Kong people, prompting harsh rhetorical pushback from Beijing.

U.K. Foreign Secretary Jeremy Hunt warned the Chinese regime that it would face serious consequences if it did not honor the terms of the Sino-British Joint Declaration in 1984, a handover agreement between the two countries, which guaranteed that Hong Kong would maintain its freedoms and autonomy for at least 50 years.

The remarks from Britain came amid a series of demonstrations in Hong Kong, drawing millions of people to the streets in protest against a proposed extradition law that would allow any country, including China, to seek extradition of criminal suspects. Critics say the bill would allow China to prosecute dissidents on trumped-up charges, while further eroding the city’s autonomy and jeopardizing its status as a global financial hub.

Meanwhile, a Koch Industries executive was prevented from leaving the immediate vicinity of his hotel room in June, the New York Times reported on July 11, citing three unnamed sources.

In the following days, the Chinese-American businessman was interrogated about topics including the U.S.-China trade war and deteriorating relations between the two countries, the outlet reported. He was not allowed to leave the country until the State Department intervened, the report added.

At the time, the United States and China were embroiled in an escalating trade conflict after negotiations broke down in May.

In another episode, a former Beijing-based U.S. diplomat, while at his hotel, was sought out by Chinese authorities in late June, the Times reported, citing three unnamed sources. The former diplomat was in Beijing to attend an artificial intelligence conference that he helped organize, the outlet reported.

“In a very not-so-subtle manner, the Chinese government has upped the ante by detaining Americans at the borders and at their hotels, and with the obvious intent to send a message to the Trump administration that they can engage in hostage diplomacy if push comes to shove,” said James Zimmerman, a partner at the Beijing office of the law firm Perkins Coie, which represents U.S. firms working in China, in the Times report.

The newspaper also interviewed several business executives, Washington officials, and other frequent visitors to China, who said they were increasingly concerned about Chinese authorities’ harassment of Americans through questioning them and barring them from leaving the country.

Tensions between Washington and Beijing have eased following an agreement in late June between President Donald Trump and Chinese leader Xi Jinping at the G-20 summit to restart trade talks, but the two sides remain divided on key issues.

Observers have accused the Chinese regime of engaging in hostage diplomacy in the wake of Canada’s arrest of Huawei executive Meng Wanzhou, at the request of U.S. authorities in December last year. U.S. prosecutors are seeking her extradition in a case involving alleged bank fraud in violation of Iran sanctions.

Besides Kovrig and Spavor, another Canadian in China, Robert Schellenberg, was sentenced to death in January, for his involvement in a drug case, an escalation of his previous 15-year prison term. A second Canadian man, Fan Wei, was given the death penalty in April for drug offenses.