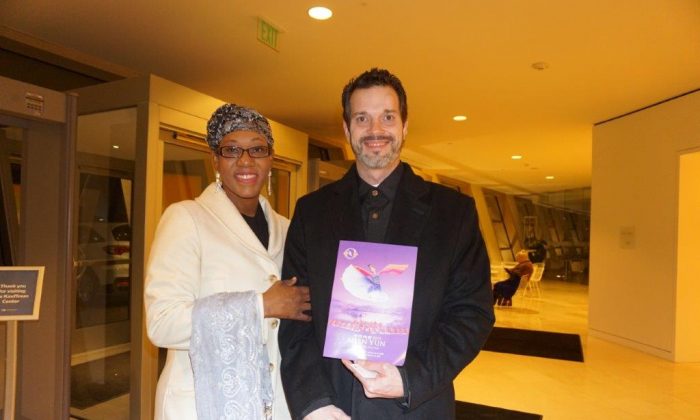 “I’ve really enjoyed it. It’s really nice. Just all the colors and the dances and how they moved, it was really beautiful,” said Joy Peterson after seeing at the Kauffman Center for the Performing Arts.

Shen Yun’s mission is to revive traditional Chinese culture through the arts. The hallmark of a Shen Yun performance is classical Chinese dance, and each production features 20 or so vignettes that showcase various stories from China’s history, folklore, literature and mythology from 5,000 years past to the present day. This is expressed through story-based dances, and accompaniment with a full orchestra.

The orchestra is unique in combining East-West sounds. “The Shen Yun Orchestra combines the spirit, beauty, and distinctiveness of Chinese music with the precision, power, and grandeur of the Western symphony orchestra. The result—two great traditions producing one refreshing sound,” the company’s website states.

“I like that it was traditional as well as kind of a little modern. I did like [the blend] a lot,” she said.

“I think they did it quite well. It was easy on the ear. I love the way they integrated the Chinese in with the Western—it was very nice.”

Among the theatergoers of the evening’s audience was also former ballroom dancer, Kristina Bondryeva. She attended the performance with Akshay Anand.

According Shen Yun’s website, “Classical Chinese dance is at the heart of what Shen Yun does. Known for its incredible flips and spins, and its gentle elegance, it is one of the most rigorous and expressive art forms in the world.”

“They’ve done such a great job,” she said.