All My Senses Were Engaged, UK Pastor Says of Shen Yun 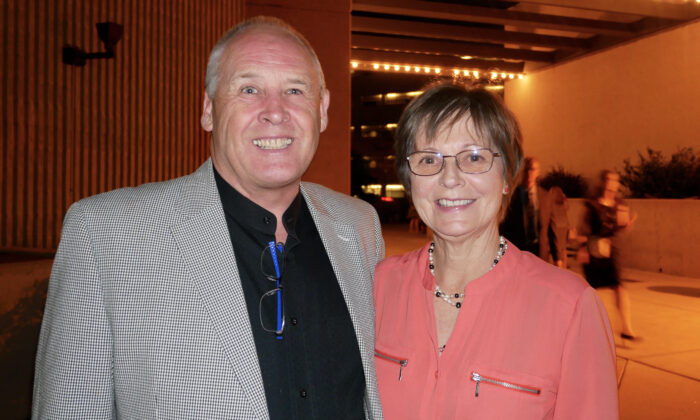 COLORADO SPRINGS, Colo.—Mark and Lesley Rowe were thrilled to be able to see Shen Yun Performing Arts after a year of postponement due to the pandemic.

“We’ve read so much about it, and last year it was postponed because of COVID. So we’re so glad that it came after all. So we’ve been looking forward to it, haven’t we?” Mark said as he looked to Lesley who answered, “Yes.”

The couple were astounded by the abilities of the New York-based Shen Yun’s artists.

“ I love Chinese traditional music as well, but the dances were amazing, absolutely amazing,” Mark said.

“It was entertaining, culturally informative. It was a sheer spectacle. The visual spectacle using the digital arts and media and all,” he said.

“But the dance, the costumes, the music, I mean everything, all your senses are engaged. So it was wonderful,” he said.

“It took you to different places, heavenly places as well as places on this earth.”

“Outstanding! I mean the men, I was saying to my wife, when they do the backflips, they look like they’re floating. Looks like they’re almost in slow motion,” he said.

“They’re obviously amazing athletes as well because they make no sound when they do the flips and when they land. It’s just so silent,” Mark said. “But very, very elegant. Very elegant, the ladies in their costumes. Wonderful. We really enjoyed it.”

Mark is a pastor from the UK and he and his wife run a number of charities. They’ve been working together for 42 years.

From past experience, Mark understood why something like Shen Yun cannot be performed in communist China today.

“All of these things [China’s traditional culture] obviously, under communism are prohibited. I’ve experienced that in the Soviet Union as well many years ago,” he said.

“It was interesting to me because, clearly, before communism, there was much belief in the Divine and Creator.”

Mark commended the emcees as well.

“By the way, the emcees were very good too. Great presentation. So all I would say is Xie Xie (thank you)!”