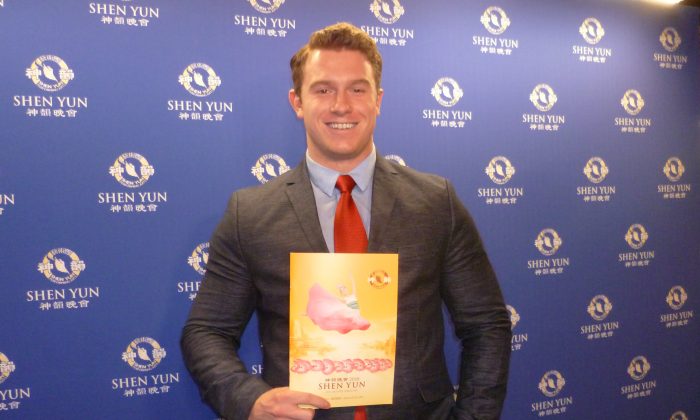 “It’s been eye-opening seeing this type of art [classical Chinese dance]. I’ve seen theater before. I’ve seen other performances involving dialogue and singing, … whereas this—it’s like your imagination is bringing everything to life and you get more emotionally involved with it.”

“I almost cried two times tonight, realizing what’s been going on in China. What’s happening as a daily occurrence is pretty eye-opening [referring to two dance stories depicting the persecution of the adherents of the Falun Dafa traditional Chinese spiritual discipline by the Chinese regime]. We’re very fortunate over here in Canada and the Western world.”

“It’s like you’re there; you’re in that time period [depicted in the performance]. That’s what I like most about it—you’re in the moment, and you’re not just watching a performance, you’re within it.”

“They’re hitting everything perfectly. I’m very impressed and definitely motivated to push myself a bit further for my next performance.”

“I definitely recommend it 100 percent. Go see it because it’s definitely opening your mind and your eyes. … If you want to see a beautiful art piece, this is something to see—Shen Yun. 100 percent.”