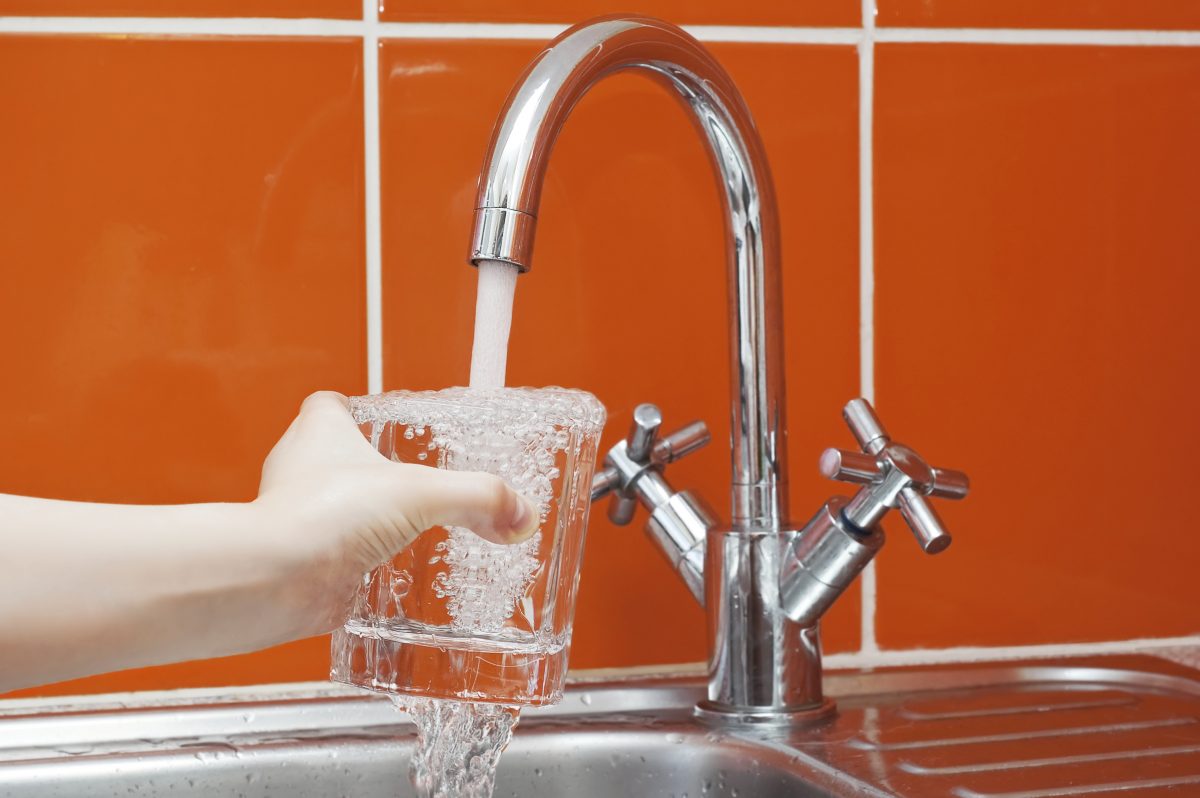 According to the Environmental Protection Agency, water containing more than 15 ppb of lead is too much. (NadezhdaShour/iStock)
Mind & Body

Lead has been a favorite metal of industry since ancient times. It’s resistant to corrosion, bends without breaking, and it’s cheap. Lead was used extensively in ancient Rome, and is still found throughout modern plumbing systems. In fact, the Latin word for lead is where we get the word plumbing: plumbum. Unfortunately, lead is also extremely poisonous, especially to children.

Symptoms of lead exposure include cognitive decline, sterility, extreme fatigue, and even death. Lead harms every organ system in the body, but the central nervous system takes the biggest hit. One study found a 50 percent increase in violent crimes for each five micrograms per deciliter increase in blood lead concentration. Other studies find that children exposed to lead have “significant decreases in brain volume,” poor academic performance, greater risk of ADHD and behavioral problems, as well as deficits in memory and executive functioning even at low levels of exposure.

Public health officials say that no level of lead exposure is safe, but it’s not always easy to keep your distance. The Centers for Disease Control estimates that at least four million U.S. households have children living in them who are being exposed to high lead levels.

In communities near heavy industry, for example, lead can be found in significant concentrations throughout the air, water, and soil. It’s also found in everyday consumer products, such as lubricants, cigarette smoke, and some cosmetics and hair dyes. According to an estimate from a 2002 study, lead pollution costs the United States over $43 billion a year to treat children suffering from exposure.

Scientists have known about the dangers of lead exposure since the 1920s, but we have been slow to let it go.

Scientists have known about the dangers of lead exposure since the 1920s, but we have been slow to let it go. Regulatory efforts in recent decades have helped lessen our exposure burden, but lead’s toxic legacy lingers on.

Lead-based paint was widely used until the late 1970s, and painted remnants from that era are still the leading cause of lead poisoning in the United States. Our next most prevalent lead source is water.

Lead remains a fundamental part of the plumbing infrastructure of older cities, and any home built before 1980 probably has lead solder joining the pipes. Flint, Michigan is currently in the lead contamination spotlight, but since 2000 high levels have also been found flowing from faucets in several cities—Washington, D.C., Boston, Massachusetts, and Camden, New Jersey to name a few.

How much lead is flowing into your home? Inexpensive kits are available to test your tap. For the U.S. Environmental Protection Agency (EPA), the action limit is water that tests above 15 parts per billion (ppb) of lead, but lead poisoning symptoms and a falling IQ have also been noted at lower levels. Water recently tested in Flint found samples of more than 4,000 ppb.

Lead is a pernicious toxin. Once it gets in your body, it resists leaving through normal elimination and detoxification processes, so removal may require a helping hand.

The treatment for heavy metal poisoning is called chelation (key-LAY-shun) , which comes from the Greek word for claw. Chelation helps pull accumulated heavy metals (usually lead or mercury) out of the body. The chemicals typically used for chelation are synthetic amino acids. The most common one is EDTA (Ethylene Diamine Tetracetic Acid).

Chelation therapy is approved by the U.S. Food and Drug Administration for heavy metal removal, and synthetic amino acids have been used by industry since the 1940s to provide workers some protection against lead exposure.

EDTA is available in capsules for purchase at health food stores. However, experts warn against applying the treatment without the oversight of a trained professional due to issues of detoxing too quickly and a loss of necessary minerals that EDTA removes from the body in addition to lead.

There is no substitute for eliminating exposure, but in a bad environment a good diet may help keep lead levels low. Doctors at Hurley Medical Center in Flint, for example, encourage residents to eat a diet rich in iron, calcium, and vitamin C to protect the body from exposure.

Garlic is good for everything, right? Well, add lead removal to its list of superpowers. A Bulgarian study published in 1960 found that workers at a car battery plant who took garlic extract three times a day for four weeks saw a significant decrease in their blood lead levels.

A study from 2012 published in Basic & Clinical Pharmacology & Toxicology saw symptoms of lead poisoning decrease when subjects took garlic extract. It worked just as well as a synthetic amino acid without the side effects (irritability and headaches.) Researchers concluded that garlic was “a safer medication” than the synthetic amino acid “for the treatment of mild-to-moderate lead poisoning.”

A big part of garlic’s lead removal secret is sulfur. According to researchers, sulfur oxidizes heavy metals such as lead, making them water soluble, so that they’re easy to pass.

Other sulfur-rich foods include onions, eggs, and cruciferous veggies such as Brussels sprouts, cabbage, and cauliflower.

Cilantro has always had a reputation for purification, but researchers have shown that it can remove heavy metals such as aluminum, mercury, and lead from the body. In an animal study, cilantro decreased lead absorption into bone (where heavy metals often settle). Researchers in Mexico developed a cilantro based water filter that successfully removed lead and nickel.

Dr. Yoshiaki Omura at the Heart Disease Research Foundation in New York is credited with first discovering cilantro’s lead removing ability in the 1990s. The idea hit him when he found heavy metal deposits in a urine sample of a patient who had just eaten some Vietnamese soup.

If someone has significant heavy metal accumulation, cilantro by itself may not be enough to do the job. Clinical protocols combine cilantro with an algae called chlorella. Chlorella helps prevent retoxification—a scenario where metals that were previously residing deep in the tissues wind up back in the bloodstream, and stirs up symptoms of toxicity. Chlorella binds to the metals that cilantro pulls out so the toxins make their way safely out of the body.

Pectin is a soluble fiber found in a variety of fruits and vegetables, and the highest concentrations come from peaches, apples, and citrus. A 2008 study looking at children hospitalized with high blood lead levels found that consumption of modified citrus pectin increased lead removal through urine by as much as 132 percent in 24 hours.

Herbs such as burdock, dandelion root, and Echinacea are used in folk medicine to cleanse the blood of various toxic substances including heavy metals.

Activated willow charcoal is often found in detoxification supplements especially those geared toward heavy metal removal. This is a food grade product not to be confused with barbecue briquettes. For a gentle detox, mix a teaspoon of charcoal powder in 8 ounces of water and drink. The black liquid looks vile but is virtually tasteless.

Betonite clay is often spread on the face as a mask to improve skin tone, but it also is used in bowel cleansing products because it pulls toxins out of the intestines. Take with plenty of water.

This article is provided for information only and is not meant to prescribe medical care. Please consult a physician for treatment of any medical problems. 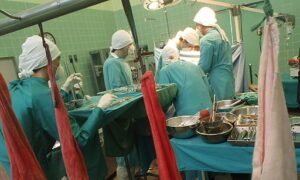 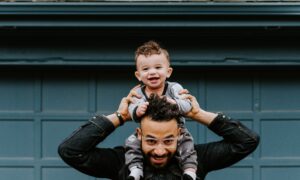 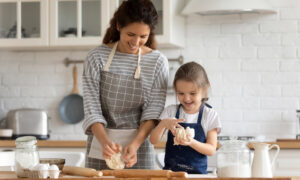 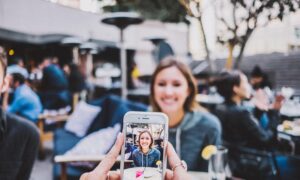 MindfulnessBy Conan Milner
Spoiler Alert: Your Child is Not a Virtual Angel
02-10-2016
sharecomments 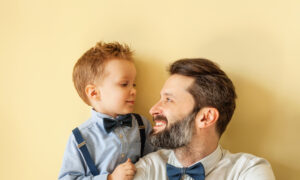