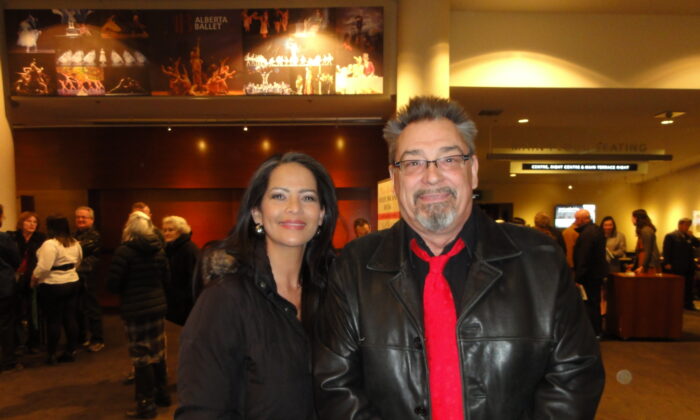 EDMONTON, Alberta—Canadian Douglas Plaxton of Edmonton isn’t the first audience member to give such a glowing affirmation about the New York-based classical Chinese dance company Shen Yun Performing Arts. But on opening night in the northern Albertan city, Plaxton reached deep into his soul to describe the profound way Shen Yun’s dances, music, songs, and stories made him feel.

“Moving, very moving,” said Plaxton, a property administrator who attended the performance on March 6, 2020, at the Northern Alberta Jubilee Auditorium. “I was especially moved during the persecutions [pieces]. That just brought tears.”

Among Shen Yun’s roughly 20 vignettes per performance, the storytelling dances and bel canto vocal performances include themes from China’s deeply spiritual 5,000-year-old culture. A select few of these portray a modern-day spiritual struggle taking place in China today: practitioners of an ancient meditation practice called Falun Dafa face violence and brutality at the hands of the Chinese Communist Party (CCP). The CCP perceives the moral teachings of Falun Dafa and its popularity as a threat to its own legitimacy and power.

As for the spirituality found throughout the production, Paxton felt “it’s very close to the same thing that we have—there’s one God.”

“The dancing was phenomenal,” he continued, adding that he couldn’t decide if he preferred the male or female dancers more. “It’s difficult because I studied years ago as well. So both. I mean, the men, it’s a more powerful one, but the women are very delicate and very light. But also there’s strength in there, too. But they have the beauty.”

Shen Yun sends an orchestra to accompany each one of its seven touring companies around the world, with music that is composed by Shen Yun’s artistic director anew each year. It’s another aspect that made Plaxton feel alive and filled him with feeling.

“You can dance without the music,” he observed, “but you have that internal music. So when you put it together with live instruments, it just brings it to a new height.”

“I love the way they played off each other,” Paxton said, about the large cast of performers working in harmony. “I think they were absolutely phenomenal.”

“I get lost in—I get all teared up and, I get caught up in the emotion,” he said as he was trying to describe the effect of the combination of Eastern and Western instruments that is unique to Shen Yun’s orchestra.

But Plaxton found his bearings again when he spoke about the belief that traditional Chinese culture is handed down from heaven and has been refined over five millennia.

“That’s mind-blowing because I didn’t realize it was that old. And my understanding when he [the emcee] stood up there and he explained that aerobics, gymnastics, and all that was derived from that [classical Chinese dance]. Didn’t know that. What a revelation.”

The belief in a Creator who will one day return to earth for all mankind is a belief that Paxton and Shen Yun’s artists share. He appreciated seeing their interpretation of this ancient Chinese legend, found so often around the world, and the hopefulness that it brings.

“I think it’s…it’s true,” he said. “I love the concept of that there will be a new heaven and new earth and no more tears. So thank God for that one.”