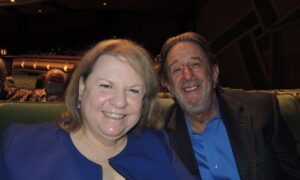 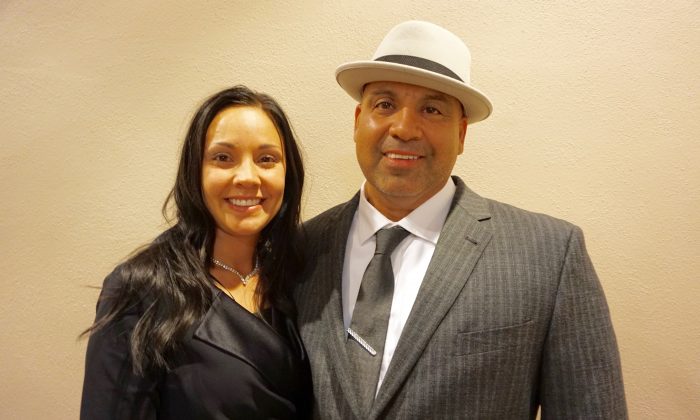 Its gift—peace
By Epoch Times Staff

WICHITA, Kan.—Shen Yun Performing Arts offers a window on a world of peace, grace, beauty, and the colors of life, according to theatergoers in Wichita, which is hosting the classical Chinese dance and music company for the first time.

The performance offers a couple of hours of escape and to find peace, said Pete Cabrera, a minister. Shen Yun “can express the beauty of life just through dance and music. You look at the world now, the world is falling apart.” But just for a few hours, they can create beauty,” he said at the Concert Hall of Century II Performing Arts & Convention Center after the performance on May 3. He attended with his wife, Katie.

Using classical Chinese dance, one of the world’s most expressive dance forms, Shen Yun gives a panorama of China through its vast lands and eras. The audiences visit a time thousands of years ago—back to the very beginning of China’s civilization. They travel across the regions from Mongolia, to Tibet and Manchuria, and from the bottom of the sea to the moon and beyond, to celestial kingdoms.

“Serene” was the adjective Alana Charles, a retired nurse, used to describe the performance. Ms. Charles attended the performance with Tim Girrens, a small business owner.

Ms. Charles said it allowed her “relax and enjoy all the colors of life,” and left her with a quiet peacefulness.

“The way they teach you to think about things, and the meditation, I think it makes us slow down,” she said.

It is not surprising that viewers see the performance as a meditative experience. Each of many dances in these settings tells a story, legend, or presents a custom, and each rests on a traditional Chinese premise: that humankind, the heavens, and earth are inseparable. Humankind can find harmony if we seek heaven’s will and follow the course of nature.

“I think the spirituality of it, it shows the struggle of humanity,” Mr. Cabrera said. The struggle between good and evil, with the outcome of good’s triumph, allows us to find peace in dance and music.

Mr. Cabrera was amazed at the dedication of performers. He found the performance flawless, and in order to achieve such excellence, dedication was necessary. He could see the dancer’s passion for what they do in their smiling faces.

And the fact that the company is non-profit amazed him because it meant the company dedication is for the community.