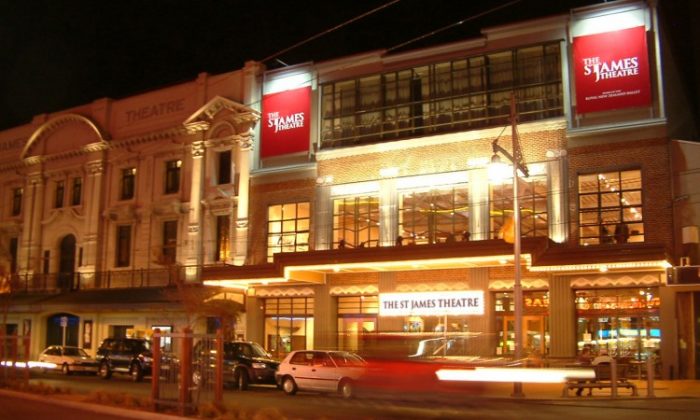 WELLINGTON, New Zealand—Aotearoa, ‘Land of the Long White Cloud,’ will be true to its Maori name when the global phenomenon, Shen Yun Performing Arts International Company, touches down, in Wellington, on Monday, April 7.

MetService, the NZ weather bureau, says fog has cancelled, delayed and diverted dozens of flights scheduled to arrive at Wellington Airport on Monday morning, according to a Seven News report.

The news service was following another global sensation, Prince William, wife Kate and baby George, due to arrive in Wellington on the same day as Shen Yun.

But they needn’t worry. Metservice also predicts light rain only is expected to dampen the capital throughout the day. Besides, based out of New York, Shen Yun’s brings sunshine to the lives of many wherever the company performs.

“Sophisticated dance techniques, an orchestra joining instruments from both the East and West, beautiful costumes, and a stunning back drop—this is Shen Yun at first glance.

“But digging deeper, one discovers a sea of traditional Chinese culture,” states the Shen Yun website. “Mortals and divine beings merge on stage as one.

“Principles such as benevolence and justice, propriety and wisdom, respect for the heavens, and divine retribution, all come to life, washing over the audience.

En route from Taiwan, where every performance was a sell-out, Shen Yun stopped over at Melbourne and also Canberra enthralling its audiences.

“Shen Yun is truly magnificent. It surely touches our hearts and souls. What’s more, it is a positive force in society,” said Su Jia-min, city mayor of Taoyuan which lies on the outskirts of the capital city of Taipei.

Award-winning Melbourne filmmaker and philosopher, Larelle Bossi, was utterly amazed by the commitment shown by Shen to the performing arts and its aspiring to reawaken the authentic classical Chinese dance, music and song.

“The live [performance] was absolutely magnificent. I really enjoyed the fusion of the Eastern and Western traditions and instruments, the performances were fabulous,” she said from Melbourne’s Arts Centre, State Theatre.

“They were very energised, the colour was spectacular, and the singers, the opera singers, were just beautiful too.”

She saw Shen Yun perform at the Canberra Theatre and was blown away by the harmonious sounds of the full orchestra.

“It was good to hear the combination of the brass instruments, the glockenspiels and the different Chinese instruments, as well as the French horns and clarinets, the flutes and violins. It was lovely!”

Ms. Zhang said she was happy to be back in New Zealand and felt “the audience will find Shen Yun really stunning when they see the performance. They will feel they have never seen such beautiful and traditional things before.”

Ms. Bastick was not surprised to hear this news and said the Chinese consulates in many countries do the same thing.

She said, “Actually, the Chinese embassies very often tried to interfere with our performances. This is not the first time. We have been interfered in the US. Actually, this merely promotes for us each time, letting more people to know Shen Yun. They don’t want us to expose the truth in China including traditional Chinese culture. Because it is a divine culture that is different from the Chinese communist culture, they tried to interfere with us. However, they won’t succeed and each time there is always a lot of people come to see Shen Yun performance.

According to the company website, “Shen Yun performances bring back these traditional values that have sustained and created cultural expression for so many generations.

“The mere representation of this lost heritage and its virtues immediately, by way of contrast, unmasks the Communist Party and its ideology of struggle.

“This is why the Party fears Shen Yun, and why this kind of performance cannot be seen in China today.”

From Wellington, Te Upoko ote Ika a Maui—or as legend has it, the ‘Head of Maui’s Fish,’ Shen Yun flies to Auckland, Tamaki MaKaurau—Tamaki of a Thousand Lovers,’ which implies Auckland is a land that is greatly admired.

There, the dance company will give three performances, two evening and one matinee performance Auckland, April 11-12, before returning to Australia’s Sydney, April 15-17, Adelaide, April 19-21 and Gold Coast, April 25-27 and Perth, May 1-4.

Shen Yun will then farewell Oceania and return to the United States via Honolulu.