Shen Yun Reminding Audiences of Their Connection to the Divine 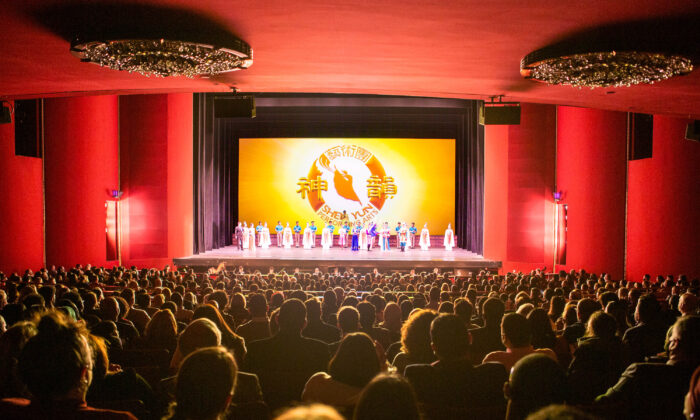 WASHINGTON, D.C.—The belief that we are all from a divine place and that we can return with guidance, is a universal one. Reynold Pierre-Louis, and his wife Marylin Pierre, a lawyer in the running to become a judge, expressed their similar understanding with Shen Yun Performing Arts in the role that people should be playing in society.

“I like the fact that when the guy was singing the opera, and the background was saying that we are divine human beings having this experience on Earth. I thought that was very profound and this is what I believe,” Mr. Pierre-Louis said.

New York-based Shen Yun’s singers are trained in the traditional bel canto style of voice. The digital backdrop provides a translation of the libretti so that no matter where the company performs, the audience there will understand the words being sung.

I honestly believe that we are spiritual beings having this experience. And we all share the same energy.
— Reynold Pierre-Louis

“I honestly believe that we are spiritual beings having this experience. And we all share the same energy,” he added. “So I believe that life is a jigsaw puzzle. So every single piece is unique. So we are all here to perform a unique purpose.”

The songs of Shen Yun are often reminding audiences of the importance to have compassion and that although we came from divine places, we have lost our way.

Although the world seems unjust, Shen Yun strives to remind everyone that there is light at the end of the tunnel and that good will be rewarded.

“My hope is that goodness will always prevail and we are optimistic that it will, but we also realistic that sometimes it doesn’t, which is why we need to protect ourselves the ones who have lost their way,” Ms. Pierre said.

In Shen Yun‘s final piece, a natural disaster is depicted which is about to destroy humanity. A Divine being then appears to save the good people on Earth.

“I think it’s the idea of the Divine being saving us from, saving the believers from the tsunami,” Ms. Pierre said. “That was so beautiful.”

“We’re part of the ultimate being that came down to stop it. We are all the children of that being,” Mr. Pierre-Louis said in agreement.