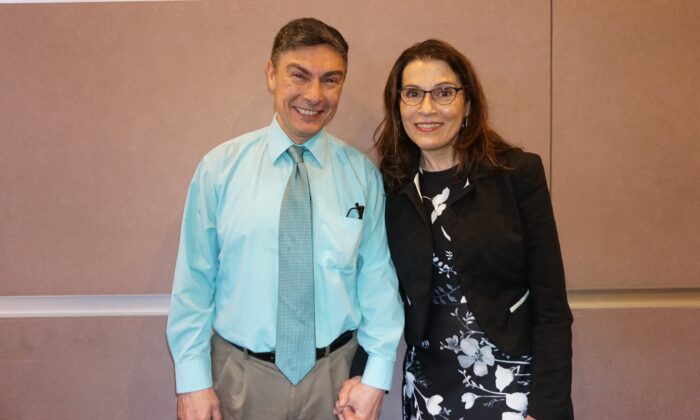 UNIVERSITY PARK, Ill.—Incredible, spectacular, and wonderful were just some of the words Carlos Viramontes used to describe Shen Yun Performing Arts on March 7, 2020, at the Center for Performing Arts at Governors State University.

The regional manager went on to explain: “They’re so in sync—all the dancers. You don’t realize, when you see something like this, it appears it’s really easy to the naked eye, but you realize, if you give it some thought, you realize a lot of practice supposed to be had. And not just the coordination when you see the dancers, but also the music—it has to be in sync.

“It’s like you just get lost in the moment and a dance for five to 10 minutes seems like forever, but it also seems like not forever. It just captivates you,” he said of the dancing.

Viramontes elaborated on his use of “forever”: “It’s like time stands still. And when time stands still, it never ends but also you lose track of time. Also, what I mean when it’s forever, [is] that it goes quickly … Maybe five or six minutes have transpired and then you don’t realize time stood still.”

According to Shen Yun’s website, “For 5,000 years a divine culture flourished in the land of China. Humanity’s treasure was nearly lost, but through breathtaking music and dance, Shen Yun is bringing back this glorious culture.”

Viramontes said his impression of the cultural aspect of the performance was breathtaking. “It’s breathtaking … It’s pretty spectacular,” he stated.

“It put me in a different place, spiritually and mentally. It’s just you’re watching and it uplifts you. I did read some reviews about this before I came out to the show today and everybody is just, you know, taken aback by it—very positive,” he said.